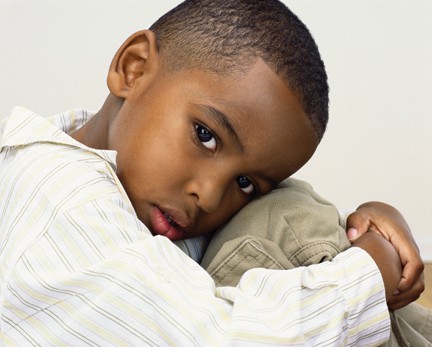 (IP) –Mental illness is on the rise. Despite the efforts of Sigmund Freud and the versions of his materialist psychology practiced for the past 100 years, mental diseases show no sign of abating. On the contrary, more illnesses are classified each decade that had not existed in the same form previously.

In September, Reuters reported 38 percent of Europeans are plagued by mental and neurological illnesses—almost 165 million people. Reuters quoted  a recent study that examines known cases of depression, anxiety, insomnia or dementia, addiction and schizophrenia, among other ailments. "Mental disorders have become Europe's largest health challenge of the 21st century," the study's authors said.

The results, published by the European College of Neuropsychopharmacology (ENCP), show an "exceedingly high burden" of mental health disorders and brain illnesses, according to Hans Ulrich Wittchen, director of the institute of clinical psychology and psychotherapy at Germany's Dresden University and the lead investigator on the European study, at a London news briefing.

Wittchen concluded that in Europe, that grim future had arrived early, with mental illnesses already the single largest contributor to the EU's burden of poor health.

Author Jim Kouri, writing for the Examiner, reported similar startling facts for the United States. “At least half of the American population have at least one form of mental illness during their lifetimes, according to a study released by the Centers for Disease Control and Prevention
The CDC report was published on September 2 in the agency's Mental Illness Surveillance Among Adults in the United States… Mental illness is an important public health problem in the United States.”

Upwards of 8.4 million contemplated suicide in the past year, and 2.2 million actually made plans to kill themselves, whole one million Americans attempted suicide in just one year, the CDC report claims.

The eradication of the diseases themselves are elusive in secular societies that repudiate religious guidance. It is easily observed that poor lifestyle choices eventually affect adults and children in the form of depression and anxiety, at the very least. This truth is denied by the psychiatric industry because it stems from the religious community as the rates of mental disease continue to escalate. The necessary steps toward lowering incidents of psychosis are ignored.

These steps were encapsulated in El Gilani Methodology by Dr Mubarik Ali Shah Gilani some thirty years ago: adopting the moral lifestyle most prominently found in the Biblical Ten Commandments; and being prescribed a program rich with God’s remembrance thereby increasing one’s inner Divine Light, and erasing darkness accumulated in one’s soul. Patients are thoroughly cured by El Gilani Methodology, in a non-profit environment free of charge. EGM challenges the psychiatric industry that insists mental disorders are incurable.


Recent developments show children could bear the brunt of the frantic effort to stop skyrocketing instances of mental illness. European lead investigator Wittchen told Reuters: "Only early targeted treatment in the young will effectively prevent the risk of increasingly largely proportions of severely ill …patients in the future."

David Nutt, a neuropsychopharmacology expert at Imperial College London who was not involved in the recent study, agreed. "If you can get in early you may be able to change the trajectory of the illness so that it isn't inevitable that people go into disability," Nutt told Reuters. "If we really want not to be left with this huge reservoir of mental and brain illness for the next few centuries, then we ought to be investing more now."

However, a real concern surrounds haste in the widespread diagnosing of children. Emily Allen of the UK Daily Mail pointed out that doing so could lead to a shy or moody child running the risk of being diagnosed with mental illnesses and given powerful drugs like Prozac.

“Psychologists in the UK fear school-age children could be diagnosed with mental illnesses like 'social anxiety disorder' if they are quieter among their peers, or ‘depression’ if a child is temporarily sad or is battling bereavement,” Allen writes.

“Once diagnosed, psychologists say children are likely to be treated with powerful drugs like Prozac or Ritalin to curb their behaviour – without fully understanding the long-term impacts.

“Ritalin is already used to help control attention deficit hyperactivity disorder in youngsters under six and about 650,000 children aged between eight and 13 have also been prescribed the drug or an equivalent.” The pharmacological effects of Ritalin in children is similar to that of cocaine for adults.

As of press time, the American Academy of Pediatrics expanded its guidelines for diagnosing and treating kids with attention-deficit hyperactivity disorder, recommending that doctors evaluate all children that show signs of the condition.

Unfortunately for those with mental ailments, psychiatrists still offer no cure; although, the sale of drugs no doubt increases their business. Common problems among children such as shyness could be regarded as a mental illness psychologists have warned.