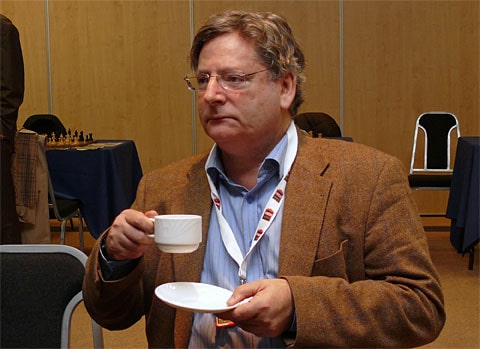 As the debate rages in the West over the clothing Muslim women should or should not wear, two articles representing  opposite sides of the discussion were published in late January.

As the debate rages in the West over the clothing Muslim women should or should not wear, two articles representing  opposite sides of the discussion were published in late January. The London Times’ Dominic Lawson wrote a timely piece in which he quoted Adolf Hitler’s Mein Kampf on the subject of the appearance of Jewish Germans, which was outlandish to him and had no place in the German society. Mr Lawson uses analogies to admonish British lawmakers, some of whom are preparing to launch a campaign against the loose covering and face veil worn by some Muslim ladies.

Dominic Lawson’s piece was published three days after Bonnie Erbe, a columnist with the U.S. Politics Daily, praises Frances attempt to ban the burqa in public places and transportation, after conducting six months of hearings promoted by one member of the French Parliament. In an intolerant article unworthy of its ink, Ms Erbe states in “France’s Proposed Burqa Ban: Why Americans Might Want to Consider It Too,” that: “I often wish Muslim immigrant women would repay the courtesy here in the U.S. [of ‘doing as the Romans,’ according to Erbe]. Whenever I see a woman in full body garment or head scarf — and there are plenty of them in my community, where there are many immigrants — I take it as an affront.”

However, Erbe shrugs off her hypocrisy: “I’ve been asked why I am so opposed to Islamic coverings, but tolerate Catholic nuns’ habits. That is fodder for subsequent columns. For now, I advise Americans to study the results of the French inquiry and launch a public debate about which lessons learned pertain to our culture.”

Lawson argues that France’s secular foundation is quite different from democracy and enormously important when discussing religious tolerance in America., and covers this aspect in depth from London.
Lawson’s article, “Banning the Burqa is Simply not British,” is reprinted below.

‘As I was once strolling through the inner city, I suddenly happened upon an apparition in a long caftan with black hair locks. Is this a Jew? was my first thought … but the longer I stared … the more my first question was transformed into a new conception: is this a German?”

That is the passage from Mein Kampf in which Adolf Hitler describes how, walking as a student through the less salubrious streets of Vienna, he had suddenly understood the true threat that the Jews presented to the Germanic way of life. I hadn’t read those words since I was a student, but somehow they returned to my mind last week, prompted by the UK Independence party’s announcement that it would campaign to “ban the burqa.”

This is not to say that Lord Pearson, UKIP’s new leader, is a figure in the Hitler mould. Far from it. Having met Pearson on more than one occasion, I know him to be a civilised and considerate person. Yet in attempting to gain market share from the British National party in the run-up to the general election, Pearson is indulging in a lethally dangerous form of identity politics; and in his claims to be standing up for “British values,” the UKIP leader is in fact trashing them.

Pearson declared last week: “We are not Muslim-bashing, but this [the wearing of the burqa] is incompatible with Britain’s values of freedom and democracy.” First of all, he absolutely is “Muslim-bashing” — it’s of a piece with his gratuitous remarks in his first interview as party leader that “the Muslim population is rocketing; their birth rate is much higher than ours.” (In that Vienna passage from Mein Kampf, Hitler used the same old “they’re outnumbering us” tactic: “Especially the inner city and the areas north of the Danube canal swarmed with a people who even externally no longer bore a similarity to Germans.”) Second, how is it compatible with “Britain’s values of freedom and democracy” to use the force of the state to prevent a small number of law-abiding women from wearing an item of clothing they regard as part of their religious observance, and to arrest them on the streets if they persist in exercising their conscience in a way that harms nobody?

On Thursday’s edition of Newsnight, confronted by a formidably articulate female Muslim student (who was not wearing a burqa), Pearson tried a different tack. The burqa, he claimed, was “oppressive to women” and should be banned for that reason. His interlocutor was magnificent in her incredulity: “So we should criminalise women in order to empower them? Send them to jail to free them?” She might also have noted that UKIP’s sudden embrace of feminism is desperately insincere: it seemed to have no problem with its MEP Godfrey Bloom when he declared that the problem with women in this country was that they didn’t clean behind the fridge properly.

There are legitimate feminist arguments [according to the author’s impression -Editor],  against the wearing of burqas: that it enforces the idea that women should be ashamed of revealing themselves in public, and that it is a pseudo-religious manifestation of male prejudice against women; but it is absurd — morally and legally — to force women to be feminist against their wishes. It may be that there are some British women wearing the burqa not because they want to, but because they are forced to. I suspect this would be a nugatory minority of a minority; but how would the law establish which of these women were wearing the burqa as “an act of oppression?” Presumably their husbands or parents would have to be arrested as well.

Does UKIP — and those who support its proposition — think that there is so little genuine crime in this country that the police would welcome this as some way of filling up empty cells? It would be analogous to the legislative fiasco of the banning of hunting with hounds, which occurred largely because Labour MPs regarded as deeply offensive the sight of the English gentry dressed in red charging around on horses — exactly as offensive as Pearson and his colleagues find the sight of women in full veil on British streets.

In effect, UKIP, which purports to be a libertarian party as far removed as possible from new Labour busybodyism, is appealing to the same lamentable culture of offence to which this government has so shamelessly pandered. As Shami Chakrabarti, the director of Liberty, recently pointed out, this “political and legislative culture that conflates irritation, offence, alarm and distress has promoted a general fear of difference and dissent.”

One could see a glimpse of this effect on the national character during BBC1’s Question Time last week, when the mooted burqa ban was discussed. A member of the audience declared that she was “intimidated” by the sight of burqas. Cue sympathetic nods from the panellists. Since it is not done for politicians to show irritation with any member of the studio audience, no matter how inane the remark, none of them said what needed to be said: get a grip, woman, and if you are genuinely terrified of your neighbour because she is wearing a full veil, see a psychiatrist about your unusual phobia.

Perhaps, however, this woman had merely been reading Pearson’s letter in The Times the previous day, in which he warned darkly that “one of the 21/7 bombers escaped wearing the burqa: the hidden face can also hide a terrorist.” That’s right: any of those veiled women you see on the high street — I’m not speaking from experience, but then I live in East Sussex — may not just be buying groceries; they may instead be casing the area to see which shops would be easiest to blow up. On the other hand, if they were not wearing the full veil, then the neighbourhood would be safer, since we might (according to Pearson’s reasoning) be able to tell by staring at their uncovered face whether or not they were a terrorist. This is, again, absurd, even if you believe that the true purpose of UKIP’s policy is to prevent Islamist terrorism; in fact, its purpose is much less constructive — to channel the fear of it in the pursuit of votes.

Nicolas Sarkozy, so transparently a mountebank, is attempting a similar burqa ban in France; it follows the banning of all “ostentatious” religious emblems, including the veil, from schools and public buildings. France, however, since its bloody revolution, has had a determinedly anti-clerical political culture, regarding religion as something that has no place whatever in the public realm. That is not the British way; we evolved — not least as a result of our own historical experience — a much more tolerant approach to open expressions of religious difference, which can be summarised by the phrase “live and let live.”
Christians in this country understand this well, which is why a ComRes poll last week reported that 85% of self-described Christians agreed that, whatever your faith, the law should protect the right to wear its symbols, provided they do not harm others. If the would-be populists of UKIP think that the average British churchgoer would be enthused by the attempt to stamp out the visible manifestations of a minority’s adherence to Islam, in effect to criminalise religious conscience, they are much mistaken.

In fact, they don’t even carry their own party united behind the new policy. One online UKIP forum contains the following comment from a party member: “This call to ban the burqa is simply pandering to those who might just vote BNP. I think in future we as frontline members will now find it a touch more difficult to convince the public that we are not the BNP in blazers.”
Precisely so; and it would be nothing less than UKIP’s leadership deserves. Shame on you, Lord Pearson. You have betrayed the very British principles of freedom and liberty that your party swears to defend.