Home Magazine Touring: The Living History and Culture of Timbuktu 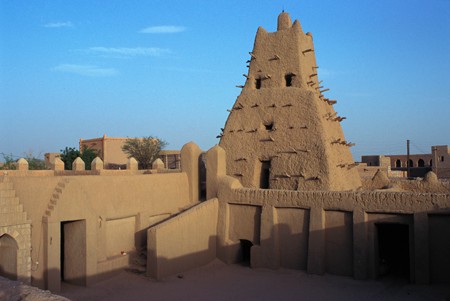 Timbuktu is a name often used to describe an extremely faraway place, and is regarded by many as a myth. In reality it is a city in Mali, West Africa, where 700,000 preserved manuscripts from the 12th to the 16th century are now providing invaluable documentation of the region’s intellectual legacy. These manuscripts are changing the way world scholars understand and study Islam and African history. Additionally we now know that the first universities in the world were established in Timbuktu in the 12th century. The new image of Timbuktu is that of a historical symbol of intellectual light. In 1988 it was designated a World Heritage Site.

Timbuktu is a name often used to describe an extremely faraway place, and is regarded by many as a myth. In reality it is a city in Mali, West Africa, where 700,000 preserved manuscripts from the 12th to the 16th century are now providing invaluable documentation of the region’s intellectual legacy. These manuscripts are changing the way world scholars understand and study Islam and African history. Additionally we now know that the first universities in the world were established in Timbuktu in the 12th century. The new image of Timbuktu is that of a historical symbol of intellectual light. In 1988 it was designated a World Heritage Site.

The Tuareg, Fulani, Arabs and Songhai are the main groups that shaped the history of Timbuktu. These peoples intermarried and worked together as one united Islamic family. In recent years, more than 300 private collections of texts have been discovered among their descendants. These rare ancient manuscripts exist today because of a tradition of generations of families to preserve manuscripts containing important texts and accounts of events. Today, researchers are collaborating with local families and descendants of ancient scholars to preserve the academic, religious, and cultural heritage of the region and the manuscripts, though some have already been irreparably damaged, lost, or stolen.

The discovery is remarkable for several reasons including its sheer volume and the breadth of its content. There are larger manuscripts consisting of hundreds of unbound pages wrapped in leather covers which often include a colophon – a statement about their authorship and production.

Written mainly in Arabic, they include religious texts, trade contracts, and legal documents, treatises on astronomy, mathematics, medicine, and geography; also poems, family stories, chronicles of political and economic life, and folk tales dating back to the 11th century. Contracts on slavery as well as commercial records that document the gold and salt trades that operated in Timbuktu also exist. One curator of a family museum noted that letters and decrees showing how Muslim jurists resolved conflicts between families and states can be viewed as a gift to the world for peaceful conflict resolution.
There are also manuscripts that address the rights of women and children. An important collection of more than 7,000 manuscripts, including letters, academic papers, sermons, legal documents, and poetry written by women have been discovered. There is also evidence of a strong Sufi tradition among the authors of the texts. Several historians have written that Islam in Timbuktu was highly influenced by At-Tijaniyya and Al-Qadiriyya branches of Sufism. Writings dedicated to studies in self purification and communications with the Divine have been discovered.

By the 14th century, Timbuktu had three universities organized around three great Masajid or places of worship for Muslims: the Sankore University, Jingaray Ber University, and Sidi Yahya University, and 180 Quranic schools. There was an advanced local book copying industry in the city that involved writing, importing, and copying books. The universities and private libraries contained unparalleled scholarly works. The famous scholar Ahmad Baba claimed that his library of 1600 books, one of the smaller in the city, had been plundered.

Not only did university students gain knowledge, but the education process allowed them to purify their souls through the sciences of Islam. They were taught to be God fearing, just, honest, trustworthy, and of excellent moral character. Graduate students were the embodiment of the teachings of the Holy Quran and the traditions of the Blessed Prophet Mohammed (may Allah’s peace and blessings remain eternally upon him).

The booming economy of Timbuktu attracted the attention of the Emperor of Mali, Mansa Musa (1307-1332), one of its greatest rulers. The UNESCO General History of Africa reports on the wealth and generosity of Timbuktu under Mansa Musa’s reign. One account states that Mansa Musa paid an Egyptian architect 200kg of gold to build Jingaray Ber, or the Friday Prayers Mosque. Furthermore, when Mansa Musa went on the pilgrimage to Mecca in 1324, Mali become known worldwide.
It is reported that around the 12th century, the University of Timbuktu had an attendance of 25,000 students in a city which had a population of 100,000 people. The students came from all over the African continent in search of excellence in knowledge and trade. Graduating students were given turbans, which symbolized Divine light, wisdom, knowledge, excellent moral conduct, and represented the line that separates knowledge from ignorance. Graduates knew the Divine obligations and responsibilities to be discharged honorably in their communities and towards their fellow men. The scholars of Timbuktu had a reputation for being righteous, devout, and fearful of nothing except God.

The University curriculum had four degrees or levels. Students doing the primary degree memorized the Holy Qur’an, mastered Arabic, learned to communicate and write effectively, and were also introduced to the basics in other sciences. The secondary degree involved General Studies rooted in the authentic authority –the Holy Quran.

Students were introduced to the different branches of Islamic sciences, including grammar, commentaries of the Qur’an, the Hadith, or the Prophetic narrations, jurisprudence, mathematics, geography, history, Islamic schools of thoughts, physics, astronomy, chemistry, and sciences of the purification of the heart and soul.

The students also learned a trade and Islamic business codes and ethics. This was very important because the Imam or Islamic scholar had to impart honest and unbiased judgments in settling legal issues; therefore, he had to earn his own halal (permissible) income. It was felt that the integrity of judgements may have been compromised if the Imam or scholar’s living expenses were sponsored by the wealthy.

In the third superior degree, a highly specialized curriculum, students sat in classes of renowned professors; their studies in mastery of higher learning and research work. Most students at this stage would find a Sheikh or master and study under his guidance. The Sheikh would purge the student of all his satanic characteristics and tendencies, and then would ensure that the graduate student was a good Islamic model for the generation to come. Graduation was based upon a student’s excellent Islamic character and his mastery of Islamic knowledge.

The fourth and final degree was the circle of knowledge of Muslim Imams, Scholars, and Professors. It was there that most of the important and crucial issues of Islam were discussed. The caliphs or Muslim state leaders such as Askia Mohammed of the Songhai Empire, Mansa Musa of the Malian Empire, and Shaykh Amadu of the Fulani caliphate of Massina, would send crucial questions to the scholars of Timbuktu. The scholar who received the questions made copies of these questions or issues and distributed them among the members of the circle of knowledge. Each scholar researched the issue after which they gathered together to share their answers and to compile a manuscript dealing in detail with the matter. Then a Fatwa or legal Islamic ruling by the government authorities was issued and accepted by the leaders.

Timbuktu prospered both intellectually and trade-wise until 1591 when the Moroccan army under the leadership of Pasha Mahmud ibn Zarqun destroyed the city. Although the city was forgotten for centuries to the sands of the Sahara desert, Timbuktu’s rich legacy of sacred manuscripts could possess a treasure chest to the world. Many hope that the translation and publication of the texts will restore self-respect, pride, honor, and dignity to the people of Africa. Tombouctou (Timbuktu) was a renowned center for trade, culture, and Islamic learning between the 14th and 16th centuries. The fabled city was home to one of the largest libraries in the world. 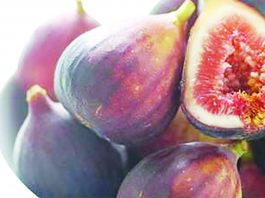 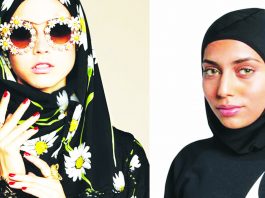