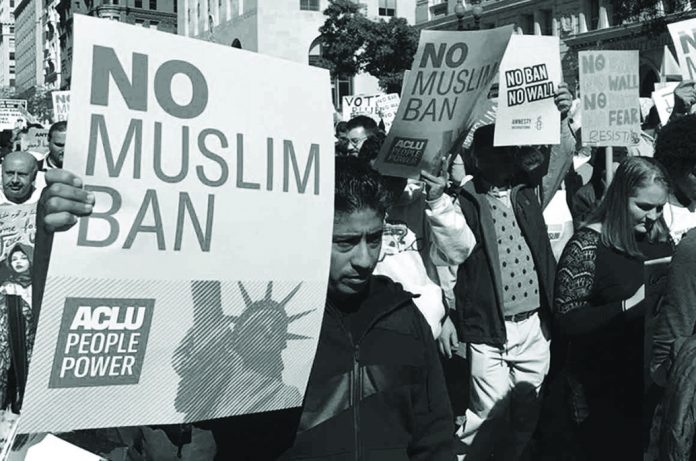 The U.S. Supreme Court held argument on April 25 to table Donald Trump’s travel ban, otherwise known as the Muslim ban. While their conclusions won’t be known until late June, it’s probably safe to say that the ban will be re-approved.

The U.S. Supreme Court (SCOTUS) initially approved the ban in December of last year. Since then, citizens of Chad, Iran, Libya, North Korea, Syria, Venezuela, Somalia and Yemen have been barred from entering the United States. Those who had U.S. visas of whatever stripe to visit or return to the United States from the above-mentioned countries found them revoked.

How long the ban will remain in effect is unknown. The previous version had a clause for review after 180 days – hence involvement of SCOTUS. The current version has no such provision, meaning there is room to keep the ban going permanently.

At the same time, the ban is still being called as an emergency measure by the Trump administration, even though it’s been more than 460 days since the original ban was proposed.

After 460 days, where is the emergency? None exists.

55 former intelligence and national security officials, both Democrat and Republican, asserted in friend-of-the-court briefs that there’s no emergency to justify the ban. The signees included General Michael Hayden who told NPR “there is not one single official willing to swear on the record to a national-security-based need for the travel ban.”

The President’s intentions for such an extreme measure also came under question during the SCOTUS argument.

As Ramesh Ponnuru wrote for Bloomberg on April 27, “The administration wanted to be able to say Trump was delivering on the ‘Muslim ban’ he promised during the 2016 campaign without getting struck down for religious discrimination, and so came up with a ban on travel from several Muslim and a few non-Muslim countries as a legally viable face-saver.”

I doubt it is as innocuous as that.

The ban can actually be compared to the 2003 Iraq war, albeit on a lower scale. There was a emergency there too, Iraq’s non-existent weapons of mass destruction. This war, for which no justification existed, devastated an entire country and killed hundreds of thousands.

And because law is heavily based on precedent, the foreign policy of President George W. Bush made it easy for his successors to use preemptive attacks against America by also bombing innocents and infrastructure without guilt or reparations.

The SCOTUS transcript makes it very clear that Congress already enacted similar security measures prior to the introduction of the travel ban. The visa policies are stricter for some countries but they don’t give a blanket denial to whole groups of people based on country of origin and religion. Because the Muslim ban does this, it was argued to be a violation of the constitution.

If there were a need for the ban, it would not cause such concern. As there is no need for it, the travel ban could be laying the (il)legal foundation for anti-Muslim policies in the future.