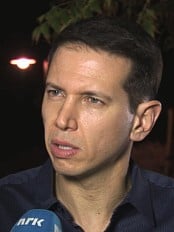 – This article was published at Tikun Olam
Teaser:

Sixty years ago, the Shin Bet devised one of the strangest operations in its history (and the archives are filled with some very strange ones!).  It planted Jewish agents deep undercover inside Palestinian communities.  For 15 years these men became Palestinian: they married Palestinian wives, raised Palestinian families, and participated in their communities as if they were a natural part of it.  But all the while they were funneling intelligence back to their handlers.


Then, seven years after Ulysses began, the Mossad told most of the agents to come in from the cold.  But what to do with their families?  Neither wives nor children knew their fathers had double identities and were Mossad spies.  Not to mention, imagine the shame and hostility to which you’d be subjected in the Palestinian community for having a father who informed on his “fellow Palestinians.”


Though this story was known in its bare outlines, Ronen Bergman unveils for the first time the identity of one of the Jewish agents.  He was the  ironically-named Uri Yisrael.  He was an operative of the Caesarea unit, which performs some of the Mossad’s most secretive and sensitive undercover operations.  His codename was “Ladya.”  He has the honor of being the Mossad agent who served the longest period of time with a double identity (15 years).  The second agent, whose identity Bergman was forbidden to expose by order of the military censor (presumably this means he’s still alive), had the code name “Yitzhak.”  Bergman interviewed Yisrael’s Palestinian son, who had no idea of his father’s double life.  He also interviewed the Mossad officer who ran the operation, Sami Moriah, now 87.


Among their intelligence achievements were bearing news of the creation of the PLO and participating in attempts to assassinate Yasir Arafat and Abu Jihad.  Operation Ulysses was a creature of then-Shin Bet chief, Iser Harel who, starting in 1952, sought to plant Israeli agents among the Palestinian refugee camps both in Israel and the Arab world.  Israel’s military-intelligence apparatus believed it was only a matter of time before Arab armies made another attempt to attack Israel.  They saw the Palestinians as a “fifth column” which would betray Israel at the first opportunity.  So they wanted spies planted in their midst to report back on any potential threats.


For Ulysses, Harel sought out Jews who’d recently emigrated to Israel from Arab lands.  It was an operation that was emotionally brutal.  Most of those recruited were in their early 20s.  Moriah chose them because they’d participated in the underground Zionist youth groups in their native Arab land.  Their ideological training allowed them to swear unfaltering allegiance to their adopted Zionist motherland.  Upon joining, they were severed from their own families and lived alone in apartments in Jaffa during their 18-month training period.   Moriah tells Bergman that when he brought letters from one of the Ulysses participants to his mother she pleaded:

Let me see him just for two minutes.  Even in the street from afar.  Just so that I know my boy is OK.

Ulysses members prepared intensively for their mission with study of Islam, recitation from the Koran, along with training in spycraft and terrorism.  They also had to undo their native accents and learn the special Palestinian accent and dialect.  Of the scores of candidates Moriah recruited, only nine completed the training.  They were all natives of Iraq, as was Moriah.  These were planted among Israel’s Palestinian population.  Their mission was to warn of planned uprisings or civil unrest.  They were also meant to make their way outside Israel to the Palestinian Diaspora.


The agency decided to end the project in 1959.  Most were returned to Israel (except Uri Yisrael and “Yitzhak” who remained undercover till 1967).  Tellingly, Bergman doesn’t discuss the emotional upheaval this must’ve caused to these families and perhaps the agents themselves.  The details of this story were published in Israel Defense article, which delves much more poignantly into the tragedy.  It describes the great personal suffering of the children who were forced to confront the dark secrets of their fathers and then to somehow pick up the pieces and put them back together again.  The reporter describes the meetings at which Moriah had to inform the Palestinian women that their husbands weren’t who they thought they were.  He offered to convert them and their children to Judaism (!), as if this would somehow miraculously heal the damage.  He also promised the Shin Bet would take care of them “till they were 120.”  Some of the women agreed and their children were raised as Jews and some even became officers in the IDF.


Of the nine original agents, two remained undercover and were transferred to the Mossad.  They continued their double lives for another eight years.  It was these men who first reported that the leadership of the new nationalist organization, the PLO, included two hitherto little-known figures, Arafat and Khalil al-Wazir (Abu Jihad).  Yisrael paid for the apartment in which the first meetings of Fatah occurred and in which there were microphones which picked up every detail of their plans.