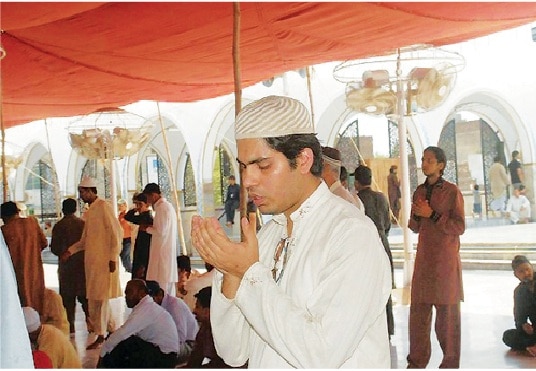 The Taliban has denied responsibility for twin bombings in June at a crowded market in Peshawar, misleading the public in their claim, “We do not target civilians and mosques.” The latest extremist attack killed at least 35 people, wounded more than 100 others.

The event was reminiscent of prior attacks involving the Taliban, including the assault on Sufis praying at the tomb of Hazrat Data Sahib in Lahore one year ago. The teen-aged suicide bomber whose vest failed to explode fully said he was told by his Taliban handlers, ‘These are the infidels. They are not doing what Muslims should do. Anyone who kills them will go to heaven,’  Mubarak Ahmed, a senior Dera Ghazi Khan police official handling the investigation, told the LA Times.

Improper assessment of sources could result in the busy work of removing the tail of the snake while the head and body remain. If the 2008 Wikileaks cable on the subject is true, neither the Pakistan government nor the United States have heretofore been serious about striking at the root of extremism, though the fight has killed many terrorists, civilians and army personnel. This  recent release by Dawn News is under a memorandum of understanding with Julian Assange, founder of  Wikileaks.

Wikileaks, a publishing group that claims it takes pains to preserve the security of governments while demanding transparency, granted the Dawn Media Group exclusive first use in Pakistan of all the US diplomatic cables related to political and other developments in the country. In the cable in question, entitled “2008: Extremist Recruitment on the Rise in South Punjab Madrassahs,” Bryan Hunt, then Principal Officer at the US Consulate in Lahore, communicated telling discussions held between him and Sufis in Multan and Bahawalpur, and his suggestions to stop poisonous extremism, which he made to the US State Department, National Security Agency, Central Intelligence Agency and others.

In his summary, Hunt wrote: “During recent trips to southern Punjab, Principal Officer was repeatedly told that a sophisticated jihadi [sic] recruitment network had been developed in the Multan, Bahawalpur, and Dera Ghazi Khan Divisions.

“The network reportedly exploited worsening poverty in these areas of the province to recruit children into the divisions’ growing Deobandi and Ahl-eHadith madrassa network from which they were indoctrinated into jihadi [sic] philosophy, deployed to regional training/indoctrination centers, and ultimately sent to terrorist training camps in the Federally Administered Tribal Areas (FATA).”

Although the true “jihadi philosophy” encourages Muslims to struggle against oppression, be that an internal fight with egoistic behavior, or a coordinated defense against an aggressor, extremist groups like those mentioned in Hunt’s cable have nothing to do with jihad. Terrorists abuse the name of jihad and other Islamic injunctions. These serpents seek to justify their inhuman poisoning of religion and killing of innocents by adopting the noble name of jihad.

The cable made plain the first commitment of those who reject the teachings of Islam: the severance of the connection to that spiritual light.  Hunt writes, “extremists visit poor families in order to persuade them to yield their children to the terrorists’ creed. Fake maulanas, teachers that mislead others about religion, used false arguments “to convince the parents that their poverty is a direct result of their family’s deviation from ‘the true path of Islam’ through ‘idolatrous’ worship at local Sufi shrines and/or with local Sufi Pirs [sic]. The maulana suggests that the quickest way to return to favor would be to devote the lives of one or two of their sons to Islam.”

This snake-like ideology has amassed victims. It spews the venom of jealousy and spite against those who carry the legacy of Islam, the descendants of the Holy Last Messenger (peace be upon him) and their true followers who have been admitted into the realm of God’s love and is  manifested in the Wahhabi attempt to destroy Islamic traditions and thereby Islam itself.

Despite Hunt’s ignorance of the distinction, he exposes an important point: the Wahhabite hatred of the family of the Holy Last Messenger, Muhammad (peace be upon him), and those to whom they passed the spirit of Islam. The descendants of the Holy Family and those who have inherited these teachings, the friends of the Almighty, are an inestimable source of guidance who have been bestowed with Divine light in this life and in the Hereafter. Whether walking on the Earth or buried inside it, the legacy of such holy beings and their spiritual light continues to flow.

However, the Wahhabis have ignored what is contained in Holy Qur’an, Surah al-Haj (Ayah 32):  “And those who venerate the Sha’a’ir Allahi (Signs/Symbols of Allah), then that is from the Taqwa in their hearts.” In Holy Qur’an Sha’a’ir Allah refers to the rites of the Islamic pilgrimage to Makkah. However, in a sound tradition of the Holy Last Messenger Muhammad (peace be upon him), it is narrated that when his blessed personage looked at the Holy Ka’bah, he said, “How great are you, oh House of Allah, but I swear by Allah who created me, that the honour the believer [deserves] is even greater than you.”

The Holy Last Messenger Muhammad (peace be upon him) did mark the graves of his pious companions. The successors among the Holy Companions did not dare destroy the graves of the holy people of their day and from ages before. This despicable practice has been initiated by the Saudis and their Wahhabi followers.

Although the Most High commands respect for the signs which lead people to Him, it is now seen that people are paid to give up visiting shrines and to sacrifice their children to profligates. Huge sums of money are paid, according to the cable, in order to “exploit families with multiple children, particularly those facing severe financial difficulties in light of inflation, poor crop yields, and growing unemployment.”  In the beginning stages, “the maulana will offer to educate these children at his madrassa and to find them employment in the service of Islam.” Later, “The concept of ‘martyrdom’ is often discussed and the family is promised that if their sons are ‘martyred’ both the sons and the family will attain ‘salvation’ and the family will obtain God’s favor in this life, as well. An immediate cash payment is finally made to the parents to compensate the family for its ‘sacrifice’ to Islam.”

Those who turn over their children, may later find them again on the evening news, found blown up or with torn limbs after attempting to destroy the tombs of saints like Hazrat Data Ganj Baksh and to kill maximum numbers of Pakistani police, military and every day civilians.

“Local sources claim that the current average rate is approximately Rps. 500,000 (approximately USD 6500) per son,” an astronomical amount for the average Pakistani family, let alone one in extreme poverty. But for the Wahhabis, by whichever name they use: Salafis, Taliban, Al Qaeda, money is not an issue. After all, there is an unending stream of funding from the seat of Wahhabism: Saudi Arabia. Saudi influence is used to win the hearts and minds of Muslims. Those who succumb to the poisonous fang of the Wahhabis sign away their soul for the influence acquired from shining new mosques that draw crowds of unsuspecting prey; new maulanas, muftis and sheikhs teaching a new creed with glossy literature of  hate.

All the while they are consistently “minimizing the importance of traditionally moderate Sufi religious leaders in these communities…[while] further strengthening reliance on extremist groups,” says Hunt, according to Wikileaks.

The cable says 100 million USD has been funneled annually to fake maulanas in Pakistan, alone.

What is being done?

In the cable published by Dawn, Hunt writes, “Locals repeatedly requested USG [United States government] support for socio-economic development and the promotion of moderate religious leaders in the region as a direct counter to the growing extremist threat.”

He cites a narration from one Sufi scholar how he had gone to various government authorities, warning of the spread of extremism, even giving exact locations of the madrassas and camps, only to be turned away.

Hunt, himself, appears to be ringing alarm bells in the cable to his superiors.

He concludes his findings with the following remarks: “Post  [Hunt] believes that this growing recruitment network poses a direct threat to USG counter-terrorism and counter-extremism efforts in Pakistan. Intervention at this stage in the southern and western Punjab could still be useful to counter the prevailing trends favoring extremist organizations. USAID  development resources in agriculture, economic growth, education, and infrastructure development are useful and necessary and will address some of the immediate needs. In post’s view short-term, quick impact programs are required which focus on: (1) immediate relief in the form of food aid and microcredit, (2) cash for work and community-based, quick-impact infrastructure development programs focusing on irrigation systems, schools, and other critical infrastructure, and (3) strategic communication programs designed to educate on the dangers of the terrorist recruiting networks and to support counter-terrorist, counter-extremist messages.”

Almost three years later, Hunt also appears to have been turned away by his government in the same way as the Sufi scholar was turned away by Pakistani authorities. In his own way, he also notably attempted to pull extremism up from the roots, or in other words, to kill the snake instead of cutting its tail Twice a month, Qasim Javed Malik still visits the Data Darbar shrine in Lahore, even though an extremist attack there left Mr Malik blind. PHOTO: NADEEM IJAZ FOR THE TIMES