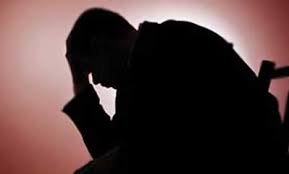 BINGHAMTON- A loving mother of five, noticed that something was really wrong with her 16 year- old son, Muhayyaddin. For the last 3 months he had been experiencing symptoms of a crushing sensation, hearing odd sounds and seeing a silhouette of a figure that had been causing him extreme fear and agitation –so much so that he had often stayed up at night avoiding sleep and playing audio recitation of the Holy Quran. He was terrified to stay alone and his haggard appearance that particular evening caused her great concern. After the evening prayer she supplicated to God to protect and help her son. A few hours later she received a call from Dr. Hussein Adams who reported that the founder of El Gilani Methodology (EGM), El Sheikh Dr. Mubarik Ali Gilani, had heard something was wrong with her son and wanted to help. Dr. Adams was apprised of the situation a few days prior for Muhayyadin had called him complaining of extreme fear and terror. As soon as he closed his eyes to go to sleep, he began feeling a strong “presence” overtake him. This “thing” would try to strangle him and ultimately wanted to kill him. Dr. Hussein Adams then contacted the Vice Chancellor of IQOU and founder of the El Gilani Methodology, Dr. Mubarik Ali Shah Gilani who stated that this young man had been violating the laws of Almighty God and this had subsequently led to his sin taking form and plaguing him. This violation of the immutable laws of God, as outlined by our beloved prophet Jesus son of the chaste Mary (peace be upon them both), can potentially cause any of humanity—regardless of creed or religion—to suffer similarly. Mr. Laville had thus opened himself to these attacks.

Ms. Laville was instructed to take her son to a psychiatrist to obtain a medical diagnosis. She visited the Binghamton General Hospital where a psychiatrist diagnosed him with a Mood Disorder NOS (Not Otherwise Specified). He was told these symptoms were due to extreme stress and was prescribed Tylenol and Benadryl. Upon hearing this Dr. Mubarik Gilani was outraged at these constant misguided efforts on behalf of doctors who continue to propagate grossly inappropriate treatment for psychiatric issues. Less than 30 minutes later Dr. Gilani called and spoke with the patient asking him if he was ready to confess his sins. The boy replied in the affirmative and began to relate things he had done that violated Islamic tenets in and out of the household. It must be noted that although this may appear to be like a confessional, the objective is not for the confession itself but for the curing ability that the admission conveys on an esoteric plane. The patient had to swear never to commit these activities again. He was then asked if he was ready to be cured for which the patient replied in the affirmative. A supplication known as Dua Karima (La ilaha illa anta subhanaka inni kuntu mena dhalimeen) was recited and Dr. Mubarik ordered the entity to leave the patient’s body. He said in a raised voice, “Leave his body! You have no right to be in his body!” He said, “on behalf of the covenant of Suleiman (peace be upon him), leave this boy, for he has sought and has received forgiveness from God Almighty.” He then said, “if you do not leave this boy’s body, then I will come and take a tight hold of you myself as I take my work very seriously, and I am very good at doing it!!” The entity thus departed! As noted by Dr. Adams, the boy showed immediate changes in behavior. He was immediately relieved of his feelings of heaviness, fear and paranoia. He was told that in order for the treatment to continue to be effective he must:

1. Take an oath never to commit the acts and behaviors that have led to this issue

2. Complete a fifteen day course of invocations (of la ilaha illallah), contemplation of the personal name of Almighty God and recitation of the Holy Quran that is to begin at 5 a.m.

Muhayyadin slept very peacefully that evening. This was welcomed for he hadn’t slept well for many weeks. Ms. Laville has been instructed to follow up with the psychiatrist to offer evidence that proves that these psychiatrists have in fact become executioners. Why is their recourse always to attempt the treatment of mental conditions with organic or physical means like Tylenol, and Benadryl, or other over-the-counter drugs, when this is clearly not merely a physical ailment? They prescribe these drugs without knowledge of the true cause, or true comprehension of the symptoms. Therefore this renders any attempt at treatment or curing ineffective.

As a very kind gesture, the family prepared food and distributed it to members of the community and offered extra prayers as a way of thanking God Almighty for relieving their family member of his affliction. Additionally, they thanked God Almighty for sending His viceroy, Dr. Mubarik Gilani, who does ALL he can to help humanity without seeking anything in return. He does all for the pleasure of the Almighty Creator.

I must admit that the western-medically trained part of me cannot fathom many of the details of this case or the mechanism by which many aspects of EGM really work. I used to be conflicted with this, but by the grace and mercy of God the confusion has been lifted. I believe the problem has to do with the fact that I was attempting to fit what has occurred into the current paradigm of the science involved in my training. Moreover, I believe this was and continues to be the misconception of current psychiatry and of those brilliant psychiatrists who witnessed the successful EGM experiments in Taif, Saudi Arabia when Dr. Gilani first presented this methodology in a scientifically controlled, researched environment. But herein lies the problem. The objective of the current underlying theme of science is to prove that God doesn’t exist and to eliminate Him from any of its precepts. This is seen at the constant objection and antagonism to religion that scientific investigation usually involves. Additionally, much money and effort is put into proving that humans can do what God can do. So because we have the ability to clone cells or do in vitro fertilization, this is equated to our ability to create. This in fact is preposterous for all we are doing in that regard, is taking already created raw materials and putting them in the vicinity of each other thus allowing natural processes to take over.

Many will read this article and not be able to grasp what has occurred. The key is to be a true scientist and be willing to explore the possibilities. If one can conceive that there may be an aspect of science that hasn’t truly been explored, then this is possible. I say this as a proponent of Sufic science ideology which is the understanding of created things as a reflection of the attributes of God as perceived by those who are in tune with Him. This perception cannot be learned and is endowed upon the person by the grace and mercy of the Creator. Current scientific knowledge is based on the perception of the nature of things created, as perceived by man. As this is the case, one may improve the chances for reaching this level of discernment with efforts to prove to the Creator that you are so inclined in this direction of understanding.  Conversely, the current perception of scientific knowledge is based on the nature of things created as perceived by man. The very nature of this idea attempts to exclude the Creator from the equation and in doing so, limits the scope in understanding the reality of created things. When the above mentioned events are viewed from a Sufic scientific perspective, the label of supernatural or inconceivable can be removed and one can see that EGM makes absolute sense. And as always, Only by God, the Almighty and All Glorious, can we be healed.