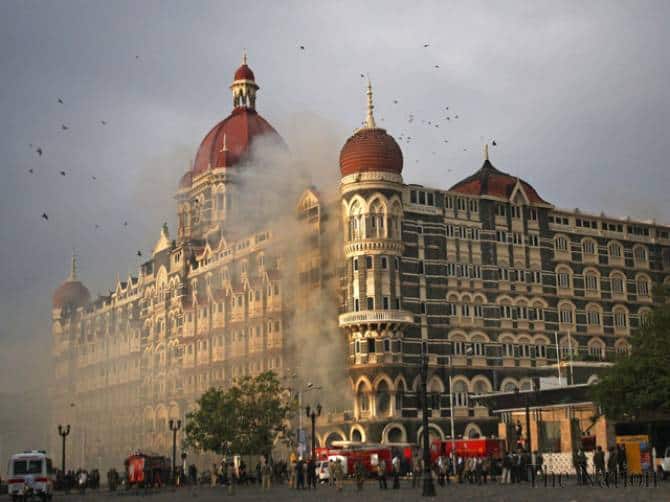 NEW DELHI – A member of a Special Investigating Team (SIT) of India’s Central Bureau of Investigation (CBI) had accused incumbent governments of ‘orchestrating’ the terror attack on Indian Parliament and the 2008 Mumbai attacks, reported Times of India on Sunday.

A former Indian home ministry officer submitted his declaration in the Supreme Court of India which said that he was told by a former member of the CBI-SIT team that both the terror attacks (Parliament and Mumbai) were staged “with the objective of strengthening the counter-terror legislation (sic).”

The affidavit also made reference to the attack on the Indian parliament in December 2001 which was followed by the controversial Prevention of Terrorism Act (Pota), and the 2008 Mumbai attacks which lead to amendments in the Unlawful Activities Prevention Act (UAPA).

The revelations came during a hearing in the Indian Supreme Court regarding the killing of a 19-year-old Indian Muslim girl in India’s Gujarat state in June 2004.

Indian police had claimed that Ishrat Jahan and three Muslim men, two of them alleged to be Pakistanis, were killed in an ‘encounter’ as they set off with a stash of arms and explosives to kill Gujarat Chief Minister Narendra Modi.

The murder plot was refuted by the victim’s mother, who had called for an investigation to take place on a federal level.

RVS Mani, who as home ministry under-secretary signed the affidavits submitted in the court in the alleged encounter case, has said that Satish Verma, until recently a part of the CBI-SIT probe team, told him that both the terror attacks were set up “with the objective of strengthening the counter-terror legislation (sic)”.

The official has alleged Verma levelled the damaging charge while debunking IB’s inputs labelling the three killed with Ishrat in the encounter as Lashkar terrorists.

Contacted by Times of India, Verma refused to comment. “I don’t know what the complaint is, made when and to whom. Nor am I interested in knowing. I cannot speak to the media on such matters. Ask the CBI,” said the Gujarat cadre IPS officer who, after being relieved from the SIT, is working as principal of the Junagadh Police Training College.

Mani has written to his seniors that he retorted to Verma’s comments, telling the IPS officer that he was articulating the views of the Pakistani intelligence agency ISI.

In his letter to the joint secretary in the urban development ministry, Mani has accused Verma of ‘coercing’ him into signing a statement that is at odds with facts as he knew them. He said Verma wanted him to sign a statement saying that the home ministry’s first affidavit in the Ishrat case was drafted by two IB officers. “Knowing fully well that this would be tantamount to falsely indicting  my seniors at the extant time, I declined to sign any statement.”

Giving the context in which Verma allegedly levelled the serious charge against the government, Mani said the IPS officer, while questioning him, had raised doubts about the genuineness of IB’s counter-terror intelligence. He disputed the veracity of the input on the antecedents of the three killed in June 2004 on the outskirts of Ahmedabad with Ishrat in the alleged encounter which has since become a polarising issue, while fuelling Congress’s fight with Gujarat Chief Minister Narendra Modi.

Gujarat Police have justified the encounter, citing the IB report that Pakistani nationals Zeeshan Zohar, Amzad Ali Rana and Javed Sheikh were part of a Lashkar module which had reached Gujarat to target Modi and carry out terrorist attacks.

In its first affidavit, filed in August 2009, the home ministry had cited IB inputs that those killed with Ishrat in the alleged encounter were part of a Lashkar sleeper cell, and had objected to a CBI probe into the ‘encounter’.

In its second affidavit, filed in September 2009, the home ministry, irked by the Gujarat government treating the first affidavit as justification of the encounter, said the IB input did not constitute conclusive proof of the terrorist antecedents of those killed. It supported the demand for a CBI probe.

Mani said Verma doubted the input saying MHA’s first affidavit was actually drafted by IB officer Rajinder Kumar, who looked after IB’s operations in Gujarat at the time of the Ishrat ‘encounter’ and now runs the serious risk of being chargesheeted by the CBI for hatching the conspiracy behind the alleged extra-judicial killings.