The recent 28 -year anniversary of the undeclared war between Britain and Argentina over the Falkland Islands, or as they are known in Spanish – Islas Malvinas – arrived and passed with no apparent resolution over the questions of jurisdiction over the islands, and now – the surrounding territorial waters.

The recent 28 -year anniversary of the undeclared war between Britain and Argentina over the Falkland Islands, or as they are known in Spanish – Islas Malvinas – arrived and passed with no apparent resolution over the questions of jurisdiction over the islands, and now – the surrounding territorial waters. Argentinian President Cristina Kirchner was elected insisting that the Malvinas belongs to Argentina, and vowing to reclaim that authority. The Falklands, comprised of two main islands – East and West Falkland and 776 smaller islands – are to date registered at the U.N.as a self-governing Overseas Territory of the British Government. The French and Spanish, at one time interested in the islands, relinquished their ties to Argentina. the British destroyed the small settlement established by the Argentinians; and during World War I, were able to launch an attack on German forces from the Royal Air Force base they had established at Stanley, the Falklands capital, also confirming their possession of the islands. Argentina later petitioned the United Nations, officially presenting its case to the world.

U.N. Resolution 1514 (XV) provided after World War I for the de-colonization of all territories that remained under colonialist occupation, and the U.K. then declared that it would only relinquish its claim in the Falkland Islands if the islanders themselves (mostly of British extraction) held a referendum in favor of Britain’s withdrawal. Through the 1960’s, the islanders themselves continually maintained their preference for affiliation with the U.K. over Argentina, effectively preventing the U.N. from any decisive ruling on the matter. A brief truce of sorts occurred in 1971, when the Argentinian Air Force (AAF) initiated the only air passage between Argentina and some of the Falkland Islands using amphibious aircraft. The two countries then signed a pact for the AAF to construct the first runway, with Argentina also providing for the fuel and energy requirements of the island residents. In April of 1982, Argentina sent troops to the Falklands – a move interpreted by the Brits as aggression. Despite U.N. Security Council requests for withdrawal of the troops, and negotiations, a two-month ‘war’, ensued, and the Argentinian forces officially surrendered. Argentinian sovereignty of the Falklands remains a ‘soapbox’ topic of every candidate for high political office there, most recently by current president, Christina Kirchner. The claim issue has been newly ignited due to the actions of the U.K. in registering dominion over the territorial sea floor surrounding the Falklands, and other British protectorate islands for reasons of natural resource exploration- and as expected, hotly contested by Argentina. 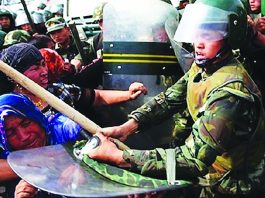 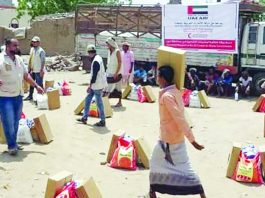