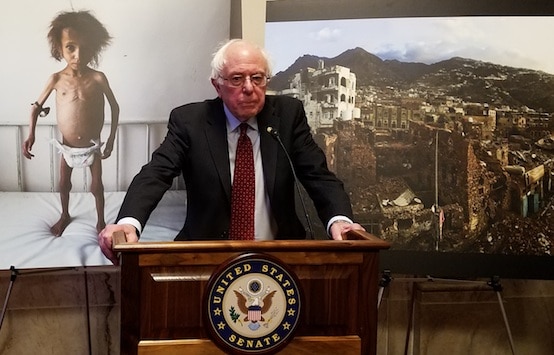 For Trump supporters, it must have been strange to see Saudi Prince Mohammad bin Salman (MBS) welcomed in the White House. After all, it was only a few years ago that Donald Trump denounced the extremist sect, the Muslim Brotherhood, a group linked to and funded by Saudi Arabia until just recently.

Once pointed out by Donald Trump as a foe, ignorant supremacists gathered any information they could on this group – and made up a whole lot more – in an effort to connect Muslims in the U.S. to the Brotherhood and other extremist groups abroad.

Lies twisted around a few strands of truth were more than enough to fan the flames of fear and ethnic hatred within America.

During their mission to malign ordinary Muslims, supremacists also stumbled upon the truth of how Saudi Arabia has been backing terrorism and extremist ideologies over these last decades. It must have hurt to see the same trail lead back to a Trump White House.

During the third week of March, President Trump and Prince bin Salman lunched, chatted and joked over the sale of a billion dollars of sophisticated weaponry to the House of Saud, the creators of the Wahhabi ideology that fuels groups like the Brotherhood, Isis and Al-Qaeda.

Oh, where will it all go?

A sizeable chunk will be used to continue bombing Yemen to smithereens. No surprise there. The royal family hosts no qualms over killing Muslims – especially ones who are fighting against their Al-Qaeda/Isis minions, as the Houthis are in Yemen.

Politics aside, Saudi Arabia is blatantly terrorizing a neighboring country.

According to Al Jazeera, one third of the 16, 633 air raid attacks on Yemen have targeted residential areas. That doesn’t mean 10 or 12 strikes. The attacks on civilian neighborhoods number almost 1500. 1600 schools have been hit and 40 mosques destroyed. The number of people whose lives have been forfeited or who are suffering due to the bombings and subsequent disease and starvation is incalculable. War and politics is one thing, severe human rights violations against innocents is another

American killing technology that has surfaced in Syria and Afghanistan isn’t surprising either. The Saudi royal family funds extremist groups all over the world and filters American-made weapons to them.

Despite the tons of heavy clothing that they are even now rushing to dispose of, the Saudi Arabian government has nothing to do with Islam, its culture, practices and law. This is evidenced by:

What has Saudi Arabia done for the Muslim world besides these things? Little good.

As the custodians of the Holy Mosques, even the obligatory Islamic pilgrimage is gain and profit for them. And while they build hotels that dwarf the Holy Kaaba in the sacred precincts, the vast majority of other historical landmarks, holy sites and relics in Arabia from the time of the Holy Last Messenger Muhammad, peace be upon him, have been destroyed.

Indiscriminate killing is but another name for mass murder, according to Islamic principles and the basic notion of human rights present among any civilized peoples.

In whose name are the Saudis committing such crimes? They can no longer pretend that by trodding Islam and Muslims under their feet, it is for the sake of anyone but themselves.

And for those who were shocked and dismayed to see the betrayal of their ideals by Donald Trump, as he made an arms deal with a terrorist war criminal, keep connecting the dots. Truth is stranger than fiction.