U.S. President Donald Trump says a recent Syria ceasefire deal brokered by the U.S. and Russia shows his meeting with Russian President Vladimir Putin was a success.
“By having dialogue we were able to have a ceasefire. It’s going to go on for a while and frankly we’re working on a second ceasefire in a very rough part of Syria,” Trump said at a joint press conference with his French counterpart Emmanuel Macron at the Elysee Palace in Paris on July 12 .
“And if we get that and a few more, all of a sudden you’re going to have no bullets being fired in Syria. And that would be a wonderful thing,” he added.
The ceasefire in southwestern Syria was the main outcome of Trump and Putin’s highly-anticipated first meeting on the sidelines of the annual G20 summit in Hamburg, Germany, last week.
Jordan was also involved in the trilateral agreement on the ceasefire, which went into force at noon Damascus time (0900 GMT) on July 9.
Trump has been speaking proudly of the deal, touting it as an example of “working constructively” with Russia to address serious global issues.
‘Fools won’t invite Putin to White House’
The American head of state was so pleased with the meeting that he said he would invite his Russian counterpart over to the White House in future but only “at the right time.”
He also took a jab at those who criticized him for cooperating with Russia, saying it would be foolish not to do so.
“Let’s be the smart people not the stupid people. The easiest thing for me to tell you is that I would never invite him, we will never ever talk to Russia; that all of my friends in Congress will say, ‘oh he’s so wonderful, he’s so wonderful’,” he said. “If you don’t have dialogue, you have to be fools. Fools.”
The United Nations has hailed the partial truce in Syria, calling it a “positive” step that could help efforts to reach permanent peace in the Arab country, which has been grappling with foreign-backed militancy since 2011.
The agreement was the first of its kind between the Kremlin and the White House, who remain on the opposing sides over the fate of Syrian President Bashar al-Assad.
While Russia has been helping the government of Syrian President Bashar al-Assad to defeat terror groups across his conflict-ridden country, the U.S. has been openly aiding militant groups fighting to oust him.
Macron: Assad’s ouster no longer a ‘prerequisite’
The French head of state also weighed in on the situation in Syria and said the West’s “new approach” on the Arab country no longer pushed for Assad’s ouster and was rather focused on “eradicating terror.”
“We have one main goal, which is to eradicate terrorism, no matter who they are. We want to build an inclusive and sustainable political solution. Against that background, I do not require Assad’s departure. This is no longer a prerequisite for France to work on that,” he declared.
Presstv.com 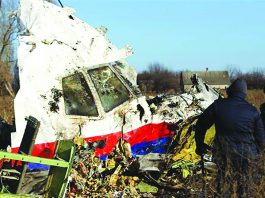 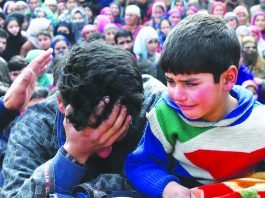 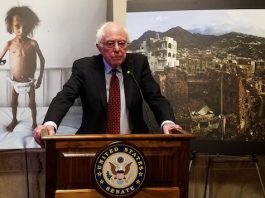 Donald Trump, the House of Saud and Incalculable Human Loss in...