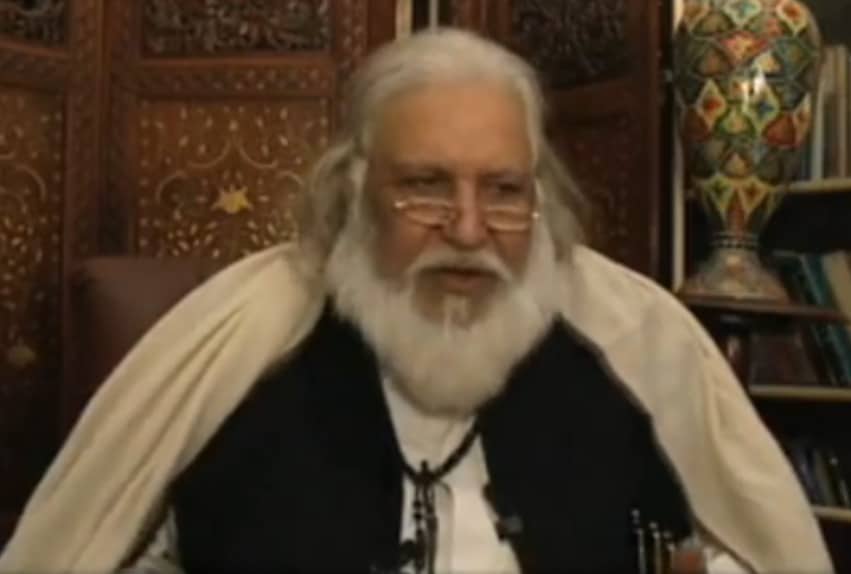 The Imam of American Muslims issued a statement on the 45th day of continuity of miracles which are being seen by people from all walks of life.

An address by the Vice Chancellor of the Quranic Open University and El Sheikh of Muslim of the Americas to all “people of the book”: “This is, undoubtedly, the greatest sign of the Almighty God, warning people to fear and obey Him and to stop committing injustice,and oppression, and unjustified killings of innocent men, women and children.

The appearance of the shining Personal Name of the Almighty has been present for the last forty-five days in the Holy Shrine Qadriyya Jamia Masjid Islamberg, situated in the Muslim village of Holy Islamberg, in Hancock, New York. The following is an address by Vice Chancellor of the Quranic Open University and El Sheikh of Muslim of the Americas to all “people of the book”: “This is, undoubtedly, the greatest sign of the Almighty God, warning people to fear and obey Him and to stop committing injustice,and oppression, and unjustified killings of innocent men, women and children.

This humble servant of the Almighty, whom He sent as Khalifah [highest spiritually ordained representative] of the Holy Last Messenger (peace be upon him), [must] warn people that if they reject this Sign, as did the people of Nimrod and pharaoh, the people of Nuh and Thamud and Sodom and Gomorrah, then their fate would not be any different from those of the rejecters’. People must believe in the oneness of God.” “This is a great honour for
the American people and the past people of the book: Jews, Christians, and Muslims. Our people, who belong to Sufi Qadria order, always state that the first lesson in the Book of Guidance is that “mankind is the family of God.” Never before in the history of mankind, Almighty God has ever shown this
miracle – His personal Name, Allah – to anybody, and for such long duration. The manifestation continues to this day. No one has ever seen Allah’s Name written in the Arabic script shining on His house at Makkah [Holy Kaaba]; but Allah has chosen the United States to miraculously reveal His Name, in addition to rainbows seen by people during the day and night. This is a sign of success and salvation. Let the world know, once and for all, that Almighty God, in His final revelation – Al Quran, has very clearly stated or ordered people to show respect and importance to houses of worship such as synagogues, churches, and mosques because He says, it is there that Allah’s Name is commemorated.
Therefore, from this injunction, we realize that Almighty God does acknowledge when His Name is commemorated in all three places. Similarly, we must revere and believe in the original untampered books of all the messengers. Therefore, wherein lies a confrontation with the people of the book? These are the designs of extremists and politicians such as Zionists and Wahabis. They differ from Jews and from Muslims.”
“ I request all people of the book to unite, patch their differences, believe in one Almighty Creator, follow the Ten Commandments, and single out hate
mongers and conspirators such as the Christian Action Network (CAN) and Terry Jones, who planned to burn the Holy Quran, which contains the same
message brought by Abraham, Moses, and Jesus son of Mary.
We must unite against anyone with nefarious designs working to bring about a clash between Muslims and Christians. Our message is love, peace, tolerance
and understanding toward each other. That is the way of the Sufi Doctrine; that is the spirit of Islam. Sufis love the Almighty Creator,Allah, and love transcends all religions. This is an announcement from the Holy Shrine of Sheikh Syed Mubarik Ali Shah Gilani for all times to come. Islam stands for peace,
justice, equality, mercy and tolerance.
Those causing bombing and killing of innocent people are Immoral and are not Muslims. It is the duty of the World community to crush such elements and see to it that there are not extraneous hands scapegoating Muslims and manipulating them to pursue schemes of riots, death and destruction. I highly
appreciate the effort being taken by Syed Mubarak Hussein Obama, president of the U.S., in striving for peace in the world. He is a capable leader and will
go a long way to lead the world’s oppressed people, in times to come.”
Main Image: