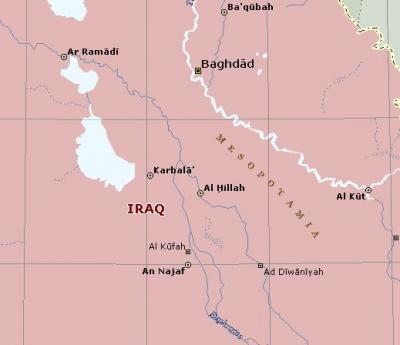 Ashura, the 10th of the Islamic month of Muharram, was commemorated in Muslims of the Americas village of Holy Islamberg in upstate New York.

Ashura, the 10th of the Islamic month of Muharram, was commemorated in Muslims of the Americas village of Holy Islamberg in upstate New York. Opening up with recitations of peace and blessings upon the Beloved Holy Last Messenger, Muhammad (peace be upon him and his family), along with the sweet smell of incense and Islamic perfumes, the tone was set for the evening where lovers, young and old, of the noble and blessed grandson and legacy of Islam, Hazrat Imam Hussein, joined together.

One could never imagine the hardships and even torture that the blessed family endured in order to uphold the banner of Islam, and for the pleasure of Allah, The Beneficent, Most Merciful, and for the sake of  the survival of the Muslim community.

Indeed, the crime of those who pretend to be Muslim for the destruction of Islam, whether past or present, is heinous. But no crime could be worse than the slaughter of beloved family members of the Holy Messenger.
Amongst the family of the Holy Last Messenger, Muhammad (peace be upon him), Hazrats Ali, Fatimah, Hassan and Hussain are known as the Blessed Pure Five (Panjattan Paak), along with the Beloved Last Messenger, may Allah’s peace be upon them all.

The Holy Last Messenger (peace be upon him) said about his family members that: “I am leaving among you two weighty matters: Allah’s book and the People of my House,” as narrated by Muslim, Tirmidhi, and Ahmad through many chains.

Some narrations state: “I am leaving amongst you two weighty matters: Allah’s book and (the people of) my Mantle (also refers to the blessed family members or Ahle Bayt. These two shall never part ways until they come to me at the pond of Kauthar. Therefore attend to how you act with them after me.”

Statement at Ghadir-e-Khum, an Oasis between Makkah and Madinah
Ahmad and Muslim narrated from Zayd bin Arqam that on the return journey from his Farewell Pilgrimage the Holy Last Messenger, Muhammad (peace be upon him and his family), on 18 Zil Hijjah stopped at Ghadir-e-Khum, an Oasis between Makkah and Madinah. It was a place where people from different provinces in Arabia would depart from each other and take different routes for their home provinces. The Messenger of Allah (peace be upon him) called the gathering of Companions from the various tribes, and after addressing them on important matters announced that he had received a message from Allah to declare as follows:

Thereafter, the Messenger of Allah (peace be upon him) declared Hazrat Ali (may Allah be well pleased with him) as the Spiritual Guide after him.

“Man Kunto Maulaho Fa Aliun Maulaho, Allah humma Wala Man Walaho Wa Aada Man Aadaho.”
“He whose master I am, Hazrat Ali (may Allah ennoble his countenance) is also his master. Oh Allah, You keep him as Your friend who keeps him [Hazrat Ali (Allah ennoble his countenance)] as his friend and You (Allah) treat him as Your enemy who treats him as his enemy.”

The spiritual unity of the Panjataan Paak is a symbol of the unity of all Muslims. It is for the sake of this unity in faith and commitment to Allah and truth (which is Islam), that Imam Hussain sacrificed his life. Hazrat Imam Hussain (may Allah be well pleased with him) took a stand against tyranny at the age of 56 years, on the day of Ashura 61 AH. He gave the ultimate sacrifice of position, family and life for the restoration of justice.

Each year, the martyrdom of Hazrat Imam Hussein by accursed political opportunists who had usurped  the leadership of the Islamic world is commemorated with speeches, poems, and songs about the lives and sacrifices of Hazrat Imam Hussein and the family of the Holy Last Messenger (peace be upon him). He refused a partisan Islam, and leadership devoid of morality and adherence to the noble example of his Beloved Grandfather the Holy Last Messenger, Muhammad, may the peace and blessings of Allah be upon him, the Panjattan Pak and all family and descendants until the end of time.