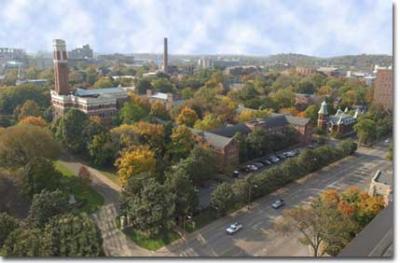 The Zionist-controlled media has manufactured numerous unsubstantiated links with Pakistan and terrorism in somewhat the same manner as they did before the invasion of Iraq, and continue to devise methods to justify an invasion of Pakistan –which they deem their number one enemy– that would facilitate the seizure of the nuclear arsenal of that country.

The five young men of different ethnic backgrounds, reportedly American citizens of Pakistani origin, are no more than dupes –part of an intricate scheme to further inflame the Islamophobia that has literally instigated the worst fears with regard to the perceived threat of Islam to America and the world.

The Zionist-controlled media has manufactured numerous unsubstantiated links with Pakistan and terrorism in somewhat the same manner as they did before the invasion of Iraq, and continue to devise methods to justify an invasion of Pakistan –which they deem their number one enemy– that would facilitate the seizure of the nuclear arsenal of that country.

Thus, a double pronged attack has been initiated: link individuals or plants to foreign elements, and stir up fear and accusations. In this case, Pakistan police have stated there is enough evidence against the five suspects to try the five under the anti-terrorism laws of the country, accomplishing the dual purpose of encouraging Americans to suspiciously eye every foreign born and American Muslim, and also Pakistanis to suspect American Muslims as well.

At home, the Christian Action Network (CAN) –a Zionist media group using the name of Christianity– has, along with the likes of Fox News, continued to launch a vicious and cunning crusade to maneuver America into a war fashioned to eliminate Islam and Muslims from the face of the Earth.

Here in America, CAN has launched a sinister plot using false propaganda to portray American Muslims as terrorists and their peaceful villages as a cover for terrorist training cells.

CAN Plots
The recent link to an article by Kate Howard and Bob Smietana in The Tennessean newspaper – a video alleging such a training camp in eastern Dover, Tennessee- garnered angry responses not only from Muslims and Christians but also from members of the Dover Community.

The Tennessean article was unusually inflammatory -a disappointment from a paper of repute like The Tennessean. Hence, references to CAN and their affiliate ACT within the article were not surprising.

“[The] article stating that there is a terrorist training camp in Dover could not be further from the truth,” said Dover resident, Muhammad Ahmad Qadri in an editorial response. In the years that the Muslim community has lived in Dover, they have maintained amicable relations with their neighbors, local government, law enforcement, and media. There are no fences, gates, or bars on their property, or on that of any of the other Muslim villages. Utility workers, postal workers, and Christian neighbors come and go with ease.

Also, the Dover Muslim community has been communally active in Nashville, where The Tennessean is based. Dover Muslims, along with faculty, students, and religious organizations at Vanderbilt and other universities, have worked together to organize enlightening events over the years, including one that brought the Bosnian ambassador to the region to give speeches on the genocide and ethnic cleansing in his country. A former Religion Editor of The Tennessean, Ray Waddle, was a frequent attendee of many of these such lectures during the early to mid 90’s.
Waddle also attended and wrote about the Islamic Cultural Awareness Week (ICAW), founded by M. Ahmad Qadri and continued by the late Ron Rasheed Wade, a social worker and probation officer. The ICAW was held for 12 years. The week long event which included Muslim/Christian dialogues, film festivals, television and radio programs, and Sufi poetry readings even graced the front page of The Tennessean.

“Whenever anything concerning Muslims or Islam would occur, Waddle made it his priority to contact the Muslim community for our perspective,” said Muhammad Ahmad Qadri. It is therefore ironic that a newspaper which had for so many years been a friend and assistant of the Muslim communities of Nashville and Dover would promote such unfounded lies, unless directly influenced by the CAN.

What concerns many American Muslims, including M. Ahmad Qadri, is that the false accusation of a terrorist training camp could bring harm on this peaceful community. These irresponsible claims could provoke some “misguided or mentally ill person, like the man who killed the Amish Children [in Pennsylvania],…[to go] to the property and harm the families there,” he said.

Most unfortunately, it is clearly CAN’s aim to go even further than this. This group is attempting to provoke the American military into targeting these Muslim villages with an aerial attack using cruise missiles and drone aircraft as they have employed in Afghanistan and the Pakistan border region, and in the same manner that the Zionist controlled media, Fox News, and its ilk were successful in persuading America to enter a useless war with Iraq.

CAN, like Blackwater [See, “Crusading Blackwater Admits to Assassinations, Espionage,” this page], is receiving strategic backing and support from vested interests in Washington. These vested interests are catering to the needs of foreign elements, neglecting their duty to protect both the sovereignty of our borders and the well-being of the citizens of this beloved nation, America. They have no conscience and would not even flinch at the destruction of America and the shedding of the blood of America’s sons and daughters, whether at home, or on foreign shores.

American Muslims will not sit idly by, allowing these wicked partners of Satan to further their agenda of provoking hatred and animosity amongst the adherents of the two major religions, with such manifest plots. Muslims and Christians united are the new hope, and only remedy, to stop such a diabolical plan from coming to fruition.

*Qaasim A. Wasi and Abigail Sanders contributed to this report.a Dover Muslims, along with faculty, students, and religious organizations at Vanderbilt and other universities, have worked together to organize enlightening events over the years, including one that brought the Bosnian ambassador to the region to give speeches on the genocide and ethnic cleansing in his country.