We, the administration of the Muslims of the Americas, seek your guidance in dealing with the alarming rise of Islamophobia in America that is taking a dangerous and violent turn. Extremist hate groups have distorted the Constitution’s protection of free speech to use it as a weapon against the American people, by striking terror and fear through incessant promotion of their nefarious objectives in every media market. It was our ancestors, brought here as Muslims over three centuries ago, who built this country alongside our American brethren. As American Muslims, we will not stand by and watch our country be subjected to the hate mongering and bigotry reminiscent of the painful years of a brazen and burgeoning Ku Klux Klan. Therefore, as indigenous American Muslims, we have a vested interest in ensuring that anti-Islam front organizations, run by criminals operating as organized crime syndicates, do not forge a stronghold as they attempt to instigate a ‘clash of civilizations’ between Muslims and Christians.

According to FBI crime statistics, hate crimes motivated by anti-Islamic bias sharply rose 50% in 2010 and are not declining. These numbers are startling, but even more alarming is that the statistics are known to be greatly understated. The Southern Poverty Law Center reports, “Two Department of Justice studies have indicated that the real level of hate crimes in America is some 20-30 times the number reported in the FBI statistics, in part because some 56% of hate crimes are never reported to police and more than half of those are mischaracterized as non-hate crimes.” The heightened state of ‘Islamophobia’ is evident in the New York City tragedy involving a woman who savagely killed a man she thought was Muslim by pushing him in front of a subway train. It is no coincidence that in those same New York subway stations are advertisements that malign the religion of Al-Islam. On December 28, 2012 a Muslims

of the Americas village in Red House, Virginia was fired upon by trespassers – endangering innocent men, women and children while they slept. Less than thirty miles away is the headquarters of the so-called Christian Action Network (CAN), run by Martin Mawyer, who rapidly proliferates anti-Islam propaganda in the areas surrounding the American Muslims’ homes – going so far as to post the addresses of Muslim villages on the CAN website, inciting others to act, by falsely depicting American Muslims as ‘enemies of America’ who are seeking to bring harm to their fellow citizens. Nothing could be farther from the truth.

Since your first inauguration, we have appreciated your inclusiveness of the American Muslim; acknowledging our patriotism and contributions to American society; sending Ramadan Mubarak and Eid greetings; and quoting a tradition of the Holy Last Messenger Muhammad (peace be upon him) during your historic National Prayer Breakfast in February 2009. Muslims and Christians have been coming together in brotherhood in this great country and around the globe for centuries. This is part of “Love thy neighbor as thyself,” and as the Holy Last Messenger (peace be upon him) related to us, and you quoted, “None of you truly believes until he wishes for his brother what he wishes for himself.” True to this tradition, the Muslims of the Americas formed the United Muslim Christian Forum (UMCF) to recognize similarities between Muslims and Christians based on the unchallenged commandments of Almighty God and love for the blessed Messengers of God (peace upon them all).

Since 2008, the UMCF has held interfaith programs bringing together Christians and Muslims from all over the country to celebrate the auspicious births of Jesus, Son of Mary, and the Holy Last Messenger, Muhammad, peace be upon them. The message of UMCF advocates the fellowship and peaceful co-existence between Muslims and Christians, recognizing an obligation to stand up against the cruel atrocities of war, injustice, and the suffering of innocents. As such, Islam is not a religion inimical to the West and despite the wicked plans of extremist anti-Islam groups, a clash of civilizations between Muslims and Christians will never take place. Reviver of Al-Islam, and Spiritual Guide of the Muslims of the Americas, El Sheikh Syed Mubarik Ali Shah Gillani, has confirmed that Muslims and Christians will unite upon the platform of ‘There is Only One Almighty God,’ leaving aside all differences for the benefit of mankind as a whole.

We must bring to an end the rampant, inflammatory media abuse issued at the hand of extremists like Mawyer, who released a book, Twilight in America, where he falsely links the Muslims of the Americas to just about every terrorist and terrorist organization imaginable, in order to pit neighbor against neighbor- along with urging violent government action against innocent American Muslims. Furthermore, in a national Fox News broadcast, Mawyer spit venomous false rhetoric to depict the villages of the Muslims of the Americas as holding underground bunkers with Weapons of Mass Destruction – which is completely fabricated.

As set forth by the founders of the United States of America, this country holds abundant opportunity for those who work hard and respect their fellow citizens. However, it seems that Mawyer, Terry Jones and the owner of the hate-filled subway ads, Pamela Geller, have misinterpreted the American dream and found their way to fame by creating organizations of hate against Muslims, burning Holy Qurans, and supporting derogatory films that attempt to disparage the character of the Holy Last Messenger, peace be upon him, who is a true benefactor of humanity.

Mr. President, in your September 25 address to the United Nations General Assembly you affirmed, “I do believe that it is the obligation of all leaders in all countries to speak out forcefully against violence and extremism.” Correspondingly, a delegation from the Muslims of the Americas delivered a petition on November 26 to UN Secretary General Ban Ki-Moon urging action to “preserve human life and stop the oppression that is being allowed to fester in the United States of America, even ignored in courts of law.” The women and children of our communities are fearful that the next hate crime will take the life or property of another- and one more is too many. In Pakistan, and other Muslim countries, Christians are the minority, but they enjoy full autonomy to exercise their religious rights. Yet, here in America, a country founded on religious freedom, Muslims are suffering at the hands of these front organizations that are totally out of control. We recognize that as part of the trickery of the hate campaign, there are people who use those who appear as Muslims but are not, such as the Wahhabi and criminals-turned-informants, to destroy the good name of Islam and the character of American Muslims. Nevertheless, no American Muslim has ever committed an act of violence against the United States.

The founding fathers of the Muslims of the Americas fought for America in the Vietnam War and other conflicts. We are not settlers here. We love our country and we love Islam – the two are not mutually exclusive. Therefore, as patriotic citizens of the United States, we humbly and urgently seek your advice and ask you to use your power to involve the authorities to provide us full protection; to arrest and then prosecute with vigor the villains who perpetrate crimes against American Muslims; to provide justice; and to hold accountable those who use hate and terror to deny others basic human and religious freedoms.

Islamic post file photo/ Hon. Khadijah salaam: American Muslims appeal to President Obama for justice and protection from those who violate their human, civil and religious rights. Ladies of the Muslims of the Americas, Inc (pictured above) were targeted by author Martin Mawyer, in his inflammatory book, Twilight in America, which falsely claimed they are “treated as slaves”. 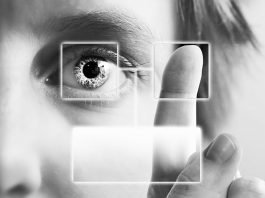 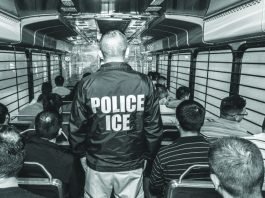