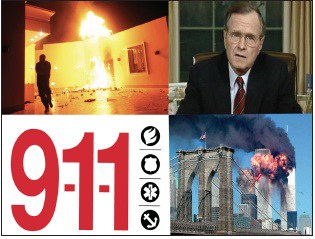 Observers cite that the timing of the Libya embassy attack and the uproar resulting from the anti-Islamic video ‘Innocence of Muslims’ was strategic to an ideal ‘false flag’ operation.

Senator Dianne Feinstein (R-Calif.), Chair of the Senate Intelligence Committee, has a closed oversight hearing scheduled for November 15. The committee will make inquiries into security lapses during the attack on the US embassy in Benghazi that facilitated the death of US Ambassador to Libya Christopher Stevens, who was killed along with three staff members on the eleventh anniversary of September 11, 2001.

The hearing will be the second investigation to ascertain why security measures in Benghazi failed on the night of the attacks, despite numerous warnings received by the State Department from Ambassador Stevens that outlined recent violence in Libya and subsequent safety concerns.

As emerged in a similar inquiry in October, that of the National Security Subcommittee, the ambassador sent numerous cables after a string of terrorist attacks against civilian targets in Libya created what he felt to be “a security vacuum” in the country.

CBS Newsreported that hours after the professionally-coordinated assault began, an unmanned Predator drone was sent over the US mission in Benghazi, and that the drone and other reconnaissance aircraft simply observed the final hours of the protracted battle. Why?

While the others were killed earlier on, the last two Americans didn’t die until close to the end of the seven-hour attack.

Retired CIA officer Gary Berntsen told CBS Newshelp could have come much sooner. Berntsen commanded CIA counter-terrorism missions targeting Osama bin Laden. “You find a way to make this happen,” Berntsen says. “There isn’t a plan for every single engagement. Sometimes you have to be able to make adjustments. They made zero adjustments in this. They stood and they watched and our people died.”

It is doubtful whether hearings will answer exactly why this happened. Russia Times reports that after five weeks of investigation, after the incident, no evidence had been found that the attack on the US consulate in Libya was even linked to al-Qaeda, according to “several viewed Captain Fathi al-Obeidi, of the February 17 Brigade, who was commissioned to extract the approximate 40 staff member from the Benghazi embassy to a local safe house. While performing the task with the eight-strong American rescue team that was sent from Tripoli, the building then came under fire from heavy weapons. “I don’t know how they found the place to carry out the attack, said Captain Obeidi. “It was planned, the accuracy with which the mortars hit us was too good for any ordinary revolutionaries. It began to rain down on us, about six mortars fell directly on the path to the [safe house] villa.”

State Department Regional Security Officer Eric Nordstrom, commented during the October inquiry that the extra security requested in Libya prior to the attack would not have been enough to withstand the hit. “Having an extra foot of wall, or an extra half-dozen guards or agents would not have enabled us to respond to that kind of assault,” he said. The ferocity and intensity of the attack was nothing that we had seen in Libya, or that I had seen in my time in the Diplomatic Security Service” of 14 years.

Sufficient reinforcements did eventually arrive, and the attack ended. Still, given the facts, it is unlikely the two most important questions will ever be answered: If the intelligence, technology, coordination and weaponry to put the attack beyond “ordinary revolutionaries,” who were they? Why was security in Benghazi effectively a stand down?

There is one question whose answer is clear. The reason why the attack took place the same day as the targeting of Muslim audiences with the unspeakable video clip, Innocence of Muslims, was to horribly, falsely depict the Holy Last Messenger (peace be upon him); and with the ensuing false flag, to paint Muslims as bloodthirsty heathens. Like 9/11, this fatal incident, indeed, has every marking of a false flag operation: a high-profile act of seemingly senseless violence that harbors hidden intentions to generate false propaganda thereby driving false beliefs and/or war.

As usual, American blood is expendable.

It was George Bush Sr. who was the chosen “light bearer”, who on September 11, 1990 at 9:09 PM gave his famous “Toward a New World Order speech”. He continued to introduce more of our esoteric terms in several more speeches. “Global” was one of these words. It soon replaced the word, “world”. He spoke of a “new world order”. He mentioned “a thousand points of light”. Other terms that soon became mainstream are “masses”, “implement” (as “implement” A New World Order, “implement” The Plan) and “usher in”.

Eleven years later to the day, on September 11, 2001, the organization pulls off the “attack on America”, which created many opportunities for the organization in their push for the final steps of the completion of their plan for that NWO.

Here is an interesting bit of trivia to get you started off with:

I can tell you that it is a fact that the members of the organization certainly do “observe this day”, September 11th, with their own “appropriate ceremonies and activities.” (From Left to Right): Attack on US embassy in Libya kills 3 Americans including American Ambassador Christoper Stevens. George Bush Senior delivered his notorious “ New World Order” speech on Sept. 11, 1990. 911 is used as symbol for emergencies. Attack on America on Sept. 11, 2001