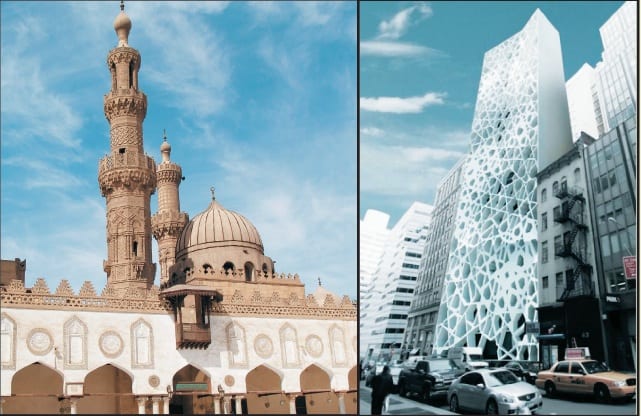 New mosques continue to be built in the United States, however, the architectural styles appear to be changing. The all too familiar minarets, domes and arches, which historically represent Islamic architecture around the world, are being replaced by less intricately designed modern buildings. Some argue that the change is necessary to meet the needs of an increasing ly diverse American Muslim community. They see the change as being more welcoming to a younger generation of Muslim Americans and catering to the needs of the elderly when services are provided for their benefit.

Architect Maryam Eskandari, former Associate Director of the American Institute of Architects, is touring the U.S. with a photo exhibition that shows the changes in American mosques from traditional to modern designs. She says Islamic architecture has long been subject to personal interpretation and set in a cultural and historical context. The new designs are influenced by current ideas and sentiments in America; which could be seen as representing the level of maturity of Americans towards tolerance for Islam. In other words, they reflect where America is today. They signify a debate taking place in the U.S. about Muslim identity and about American identity.

Nasser Rabbat, Director of the Aga Khan Program for Islamic Architecture at the Massachusetts Institute of Technology, expressed the view that “the dome and minaret are the most easily recognizable visual markers of a mosque”. He added, however, that they are not compulsory architectural features. Mr. Rabbat also added that Muslims should not eliminate traditional design features of the mosque because of fear. While he believes that there is a place for new designs, the purpose should be good, modern design and not design intended to conceal Islamic identity.