Home Health What Are We Really Eating? 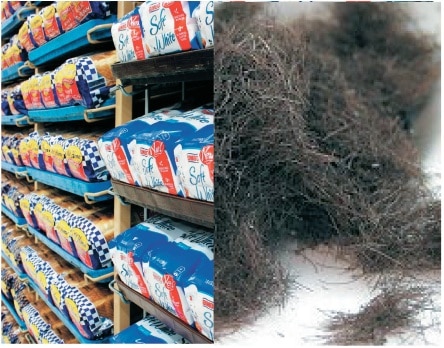 A common ingredient in commercial breads is derived from human hair harvested in China.

While checking my e-mail the other day, I came across an article in Yahoo News entitled, The 5 Grossest Things You’re Eating. It was a reprint of an article that had appeared in Men’s Health magazine written by David Zinczenko and Matt Goulding. In the article the authors listed what they considered the top 5 grossest things found in food. Their number 5 choice was grains. Why? Because of an additive that is placed in commercially made doughs called L-cysteine.

L-cysteine is a non-essential amino acid that is added to most commercial baked goods as a dough conditioner. It is used to: reduce the mixing times of the flour dough, stop the shrinking of commercial pizza crust after it’s flattened and to help move the dough through various bakery processing equipment.

Also known as E920, L-cysteine is permitted for use in all biscuits, breads and cakes with the exception of those that claim to be whole meal. L-cysteine is a natural substance, but the problem arises in where it is derived from.

Natural L-cysteine is derived from chicken or duck feathers, cow horns, hog hair, petroleum bi-products and human hair. A manager of a company that produces non-animal, or synthetic, L-cysteine stated in September 2010 that the major source of L-cysteine today is “human hair mostly, followed by duck feathers or hog hair when the human hair supply is low.” According to this source, feathers and hog hair are reportedly inefficient compared to human hair in yielding great quantities of L-cysteine. So they are only used as a backup if there is a problem with the human hair supply. (Vegetarian Resource Group Blog, www.vrg.org) Because it is cheaper, human hair is the primary source for L-cysteine in the United States.

The hair, most of which comes from the floors of barber shops and hair salons of China, is first dissolved in acid. The L-cysteine is then isolated from this mixture by a chemical process and then packaged and shipped off to commercial bread producers. L-cysteine does not have to be listed on the ingredient label because manufactures argue that it is broken down in the baking process it does not constitute an ingredient.

There are a few companies that are starting to produce non-animal synthetic L-cysteine. One such company is Ajinomato. The Majelis Ulema of Indonesia has certified the synthetic L-cysteine of this company as halal and some companies such as Caravan Products of New Jersey use this in their mixes for the baking industry.

In 1973 there was a movie called Soylent Green. Soylent Green was a food product that was eaten by everyone in a post apocalyptic America. It was supposedly derived from seaweed. It was the major food source for people and riots would break out if there was a shortage of it. By the end of the movie it was revealed that Soylent Green, the food that everyone craved, the food that caused riots due to shortages, was actually processed from the bodies of corpses. Now in 2012 we learn that there is a substance derived from human hair in our breads and baked goods and this is not a movie.

Foods that are cheaply massed produced have many additives in them, both natural and chemical; and most of the time we have no idea what these additives are. So the best advice I can offer is, eat as fresh as possible, stay away from processed foods, take the time to cook and read labels carefully, and if you can’t pronounce what’s in it, don’t eat it.

Oh, and the other four gross things are: filth, mice and rat hair found in farmed raised shrimp ; titanium dioxide, that’s found in paints and sunscreens- to process salad dressing, coffee creamers and canned icings to make them whiter ; petroleum derived food dyes in jelly beans and the 19 maggots that the FDA allows in every 3.5 ounce can of mushrooms. One of the grossest things we are eating is human hair. L-cysteine is permitted for use in all biscuits, breads and cakes with the exception of those that claim to be whole meal. 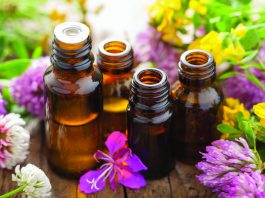 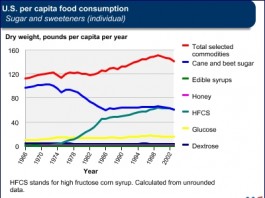