Pakistan is looking to secure a multibillion-dollar financial support package from Saudi Arabia, following the stalled review of a $7bn bailout from the International Monetary Fund, IMF, and two sources in the Pakistani financial ministry have told Reuters the package is likely to come this month.

The two officials said the package would include deposits boosting the country’s foreign reserves and oil on deferred payments. “We are expecting that we will, God willing, get financial support from Saudi Arabia, most likely this month,” one senior official told Reuters, adding that the package would be around $4bn. “Pakistan has brotherly relations with Saudi Arabia. Both countries have helped each other in times of need,” a finance ministry media official told Reuters. Middle East Eye reached out to Saudi Arabia’s finance ministry for comment but did not receive a response by the time of publication.

Pakistan’s Finance Minister Ishaq Dar said in mid-December that the country was hoping to conclude talks with Saudi Arabia on financial help. Dar also said earlier this month that Riyadh had extended the terms of a $3bn deposit.

Khurram Husain, a business and economy journalist and columnist for Pakistan’s Dawn newspaper, told Middle East Eye that “we don’t know much about what stage this whole thing is at, [or] how serious it is”, but added that a financial package of that size would provide temporary relief for the current government. “It would help Pakistan by a few months perhaps – maybe two, maybe three, maybe four months – depending on how they use it,” Husain said, “it would give the government some breathing room, which they don’t have right now. But it won’t solve [the] problem.”

‘Support Pakistan as much as we can’

If the package from Saudi Arabia is secured, it would aid Pakistan’s economy which is facing a balance of payment crisis. The central bank reserves have fallen to $6.7bn – barely enough for a month of imports.

The IMF’s ninth review has been pending since September, and the financing agency wants Pakistan to explain how the country will fund the reconstruction cost for the damages caused by the flood this past summer, which was estimated to have caused $30bn in losses. Pakistan has also been scrambling to secure financing to meet its external payment obligations for the current financial year.

The devastating floods in August changed the country’s economic projections, with exports expected to slump and imports to grow to make up for essential commodities lost in the flooding.

But the currency’s decline – Pakistan’s rupee has weakened 20 percent since the start of the year – is pushing up the cost of imports, and inflation is running already at a multi-decade high of 27.3 percent.

Saudi Arabia has come to Pakistan’s aid on multiple occasions, including last year when former Prime Minister Imran Khan visited the kingdom and Riyadh pledged $4.2bn in assistance. This included a $3bn deposit with the State Bank of Pakistan to help shore up its reserves and $1.2 billion worth of deferred oil payments.

In early December, Saudi Arabia’s Finance Minister Mohammed al-Jadaan said Riyadh will “continue to support Pakistan as much as we can”, and has already taken other steps to aid its South Asian ally. Earlier this year, the kingdom extended the term of a $3bn deposit. 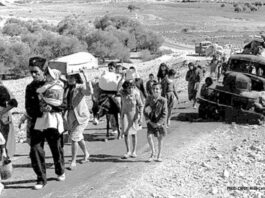 Historic Resolution on the 75th Anniversary of the Nakba: The United Nations... 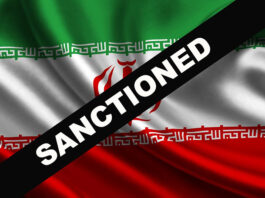 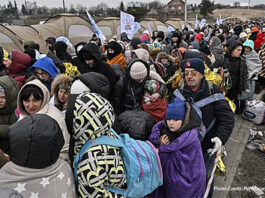