Spanish officials said 360 people died in the country between July 10 and 15, while more than 650 people have died in Portugal in the same period.

El País reported heat killed 360 people in Spain between July 10 and July 15. This follows the heat-related deaths of more than 800 people in June, according to the Spanish government’s Carlos III Health Institute. Madrid-Barajas International Airport recorded an all-time high temperature of 108°F on July 14, while some Spanish municipalities registered highs of 110°F to 113°F.

One 60-year-old Madrid sanitation worker collapsed in the middle of the street while working July 15. The man was rushed to the hospital with a body temperature of over 106°F and died of heat stroke. He was one of 123 people who suffered heat-related deaths on July 15 in Spain.

In drought-ravaged Portugal, where temperatures soared to over 116° in Pinhão on July 15, the Health Ministry said on July 16 that 659 people, most of them elderly, died from heat-related causes over that week.

In Britain, U.K., The Met Office on July 15  issued its first-ever Red Extreme heat warning for Monday, July 18 and 19, when an “exceptional hot spell” was expected to hit the country.

AccuWeather senior meteorologist Tyler Roys said “there is concern that this heat could become a long-duration heatwave” lasting into August in places including “the valleys of Hungary, eastern Croatia, eastern Bosnia, Serbia, southern Romania, and northern Bulgaria.”

Parts of Africa, the Middle East, and Asia are also suffering heat waves and wildfires.

Meanwhile, more than 10,000 people in France, Spain, and Portugal were evacuated as firefighters battled out-of-control wildfires burning throughout parts of those countries. More than half of Portugal is on red alert status as firefighters work to contain 14 separate conflagrations.

According to the Associated Press:

Hungary, Croatia, and the Greek island of Crete have also fought wildfires recently, as have Morocco and California. Italy is in the midst of an early summer heatwave, coupled with the worst drought in its north in 70 years—conditions linked to a recent disaster, when a huge chunk of the Marmolada glacier broke loose, killing several hikers.

Scorching temperatures have even reached northern Europe. An annual four-day walking event in the Dutch city of Nijmegen announced on July 17 that it would cancel the first day, scheduled for that Tuesday, when temperatures are expected to peak at around 39 degrees Celsius (102 degrees Fahrenheit).

Studies have shown that the human-driven climate emergency is increasing the frequency and severity of heatwaves. 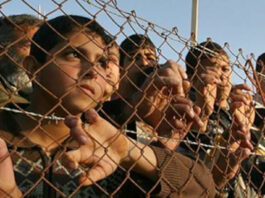 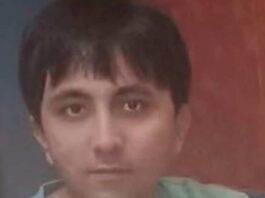 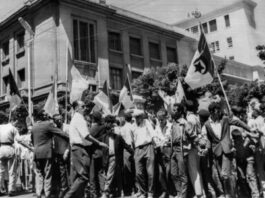