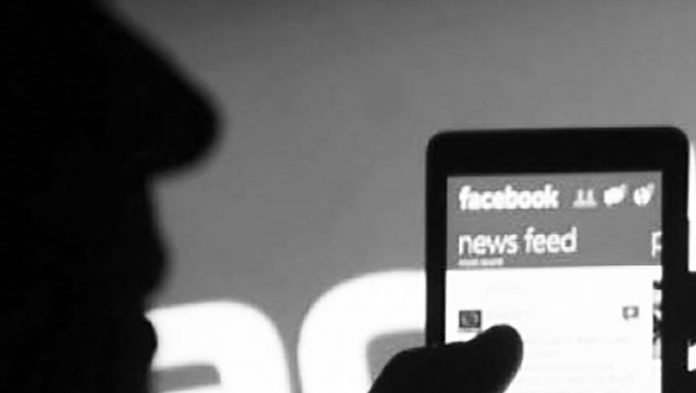 A new report from Amnesty International accuses Facebook and Google of having a “surveillance-based business model” that threatens users’ right to privacy and other human rights.

The tech giants, said Kumi Naidoo, secretary-general of Amnesty International, have amassed “unparalleled power over the digital world by harvesting and monetizing the personal data of billions of people. Their insidious control of our digital lives undermines the very essence of privacy and is one of the defining human rights challenges of our era.”

Facebook and Google, according to the report, deserve to be singled out of the so-called Big 5 for their outsize influence on internet users.

With Facebook controlling not only its eponymous social media platform but also WhatsApp, Messenger, and Instagram, and Google parent company Alphabet in control of YouTube and the Android mobile operating system as well as the search engine, the companies “control the primary channels that people rely on to engage with the internet.”

In fact, the report continues, the two companies control “an architecture of surveillance that has no basis for comparison in human history.”

The use of the platforms isn’t really free, the report argues. Users are faced with “a Faustian bargain, whereby they are only able to enjoy their human rights online by submitting to a system predicated on human rights abuse.”

The companies hoover up user data—as well as metadata like email recipients—and “they are using that data to infer and create new information about us,” relying in part on artificial intelligence (AI).

The report says that “as a default, Google stores search history across all of an individual’s devices, information on every app and extension they use, and all of their YouTube history, while Facebook collects data about people even if they don’t have a Facebook account.”

Smartphones also offer the companies a “rich source of data,” but the reach of surveillance doesn’t stop there. From the report:

This includes the inside of people’s homes through the use of Home Assistants like Google’s Assistant and Facebook’s Portal, and smart home systems connecting multiple devices such as phones, TVs, and heating systems. Increasingly, data extraction is also stretching to public spaces through ‘smart city’ infrastructure designed to collect data throughout an urban area. Facebook is even developing technology that would enable tracking the inside of the human brain.

The trove of data and metadata—which represent a “honeypot” for potential government eyes—”potentially could be used to infer sensitive information about a person, such as their sexual identity, political views, personality traits, or sexual orientation using sophisticated algorithmic models.”

“These inferences can be derived regardless of the data provided by the user,” the report adds, “and they often control how individuals are viewed and evaluated by third parties: for example, in the past third parties have used such data to control who sees rental ads and to decide on eligibility for loans.”

Amnesty’s report says that “the very nature of targeting, using data to infer detailed characteristics about people, means that Google and Facebook are defining our identity to the outside world, often in a host of rights-impacting contexts. This intrudes into our private lives and directly contradicts our right to informational self-determination, to define our own identities within a sphere of privacy.”

The companies have a track record of privacy abuses. Among the examples noted in the report:

In 2018 journalists discovered that Google keeps location tracking on even when you have disabled it. Google subsequently revised the description of this function after the news story but has not disabled location tracking even after users turn off Location History. Google now faces legal action by Australia’s competition watchdog over the issue.
Facebook has acknowledged that it knew about the data abuses of political micro-targeting firm Cambridge Analytica months before the scandal broke.
Facebook has also acknowledged performing behavioral experiments on groups of people—nudging groups of voters to vote, for example, or lifting (or depressing) users’ moods by showing them different posts on their feed.

Facebook and Google, the report says, “have conditioned access to their services on ‘consenting’ to processing and sharing of their personal data for marketing and advertising, directly countering the right to decide when and how our personal data can be shared with others.”

The potential violations don’t end with privacy attacks because “a person may only give up some seemingly innocuous data such as what they ‘like’ on Facebook. But once aggregated, that data can be repurposed to deliver highly targeted advertising, political messages, and propaganda, or to grab people’s attention and keep them on the platform.”

Such abuses and potential abuses, says the report, make clear the era of tech self-regulation must come to end, with governments and companies alike taking steps to address the rights violations.

The report calls on governments to ensure companies are prevented from making access to their services conditional on user consenting to the collection, processing, or sharing of their personal data for marketing or advertising. They must also enact legislation to ensure the right not to be tracked and to “ensure companies are held legally accountable for human rights harms linked to such systems.”

Companies must switch to a model that respects rights and provide transparency about abuses they identify and remedies they will provide. They must also not lobby for weakened data protection and privacy legislation.

“Google and Facebook chipped away at our privacy over time,” Naidoo added in his statement. “We are now trapped. Either we must submit to this pervasive surveillance machinery—where our data is easily weaponized to manipulate and influence us—or forego the benefits of the digital world. This can never be a legitimate choice.”

“We must reclaim this essential public square,” he continued, “so we can participate without having our rights abused.”