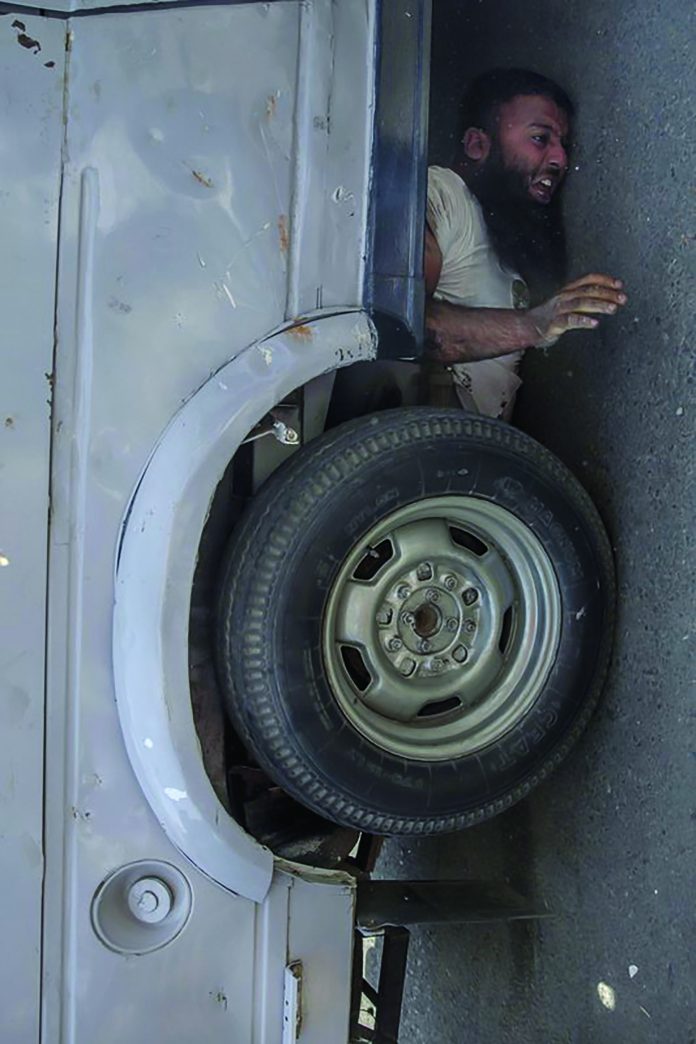 The United Nations (UN) human rights chief on Thursday, June 14, called for a major investigation into abuses in Kashmir, as his office released its first-ever report on alleged rights violations committed by both India and Pakistan in the disputed territory.
Zeid Ra’ad Al Hussein said he would urge the Human Rights Council, which opens a new session next week, “to consider establishing a Commission of Inquiry (COI) to conduct a comprehensive independent international investigation into allegations of human rights violations in Kashmir.”
A COI is one of the UN’s highest-level probes, generally reserved for major crises like the conflict in Syria.
The report, which the UN said was the first-of-its-kind for Kashmir, highlights “chronic impunity for violations committed by security forces”, the rights of office said in a press release.
The findings come after months of deadly clashes along Line of Control.
The report said that Zeid met with representatives of both governments following an upsurge of violence in July 2016, triggered by India’s killing of 22-year-old freedom fighter Burhan Wani.
Concerned by what the UN termed “large and unprecedented” protests after Wani’s death, Zeid asked for “unconditional access” to Kashmir, but neither government agreed.
His office then began remote monitoring of the region, ultimately producing a report covering alleged abuses between January 2016 and April of 2018.
The report, which focuses mainly on India-held Kashmir, accuses Indian troops of being responsible for an estimated 145 unlawful killings, far surpassing the 20 people estimated to have been killed by militant groups during that period.
“It is essential that the Indian authorities take immediate and effective steps to avoid a repetition of the numerous examples of excessive use of force by security forces in Kashmir,” Zeid was quoted as saying.
Turning to Azad Jammu and Kashmir (AJK), the report identifies “a range of human rights abuses”, but notes they “are of a different calibre or magnitude and of a more structural nature”.
The rights office also said that restrictions on freedom of expression and assembly made it difficult to obtain information about conditions in AJK.
Pakistan should “end the misuse of anti-terror legislation to persecute those engaging in peaceful political and civil activities and those who express dissent,” the UN said.
India has about 500,000 soldiers in the part of Kashmir it controls, where armed groups are fighting for independence or a merger with Pakistan.
Pakistan welcomes COI proposal
The Foreign Office (FO) in a press release said Pakistan “welcomes the proposal by the UN High Commissioner for Human Rights to establish a Commission of Inquiry for international investigation into human rights violations” in IHK.
“This proposal is consistent with Pakistan’s several calls to this effect since 2016, even as India has continued to ignore legitimate demands for a probe into gross and systematic violations, including pellet guns, excessive use of force, arbitrary arrest and detentions as well as continued sexual violence as part of overall impunity enjoyed by Indian security forces,” the handout read.
The report’s main focus is on IHK, the FO noted, and the “contents, scale and the narrative of killings, maiming, abuse and impunity articulated in the report is a reaffirmation of what Pakistan has long highlighted for the international community.”
“References to human rights concerns in AJK and Gilgit-Baltistan should in no way be construed to create a false sense of equivalence with the gross and systematic human rights violations in IHK, the FO cautioned.
Source: dawn.com