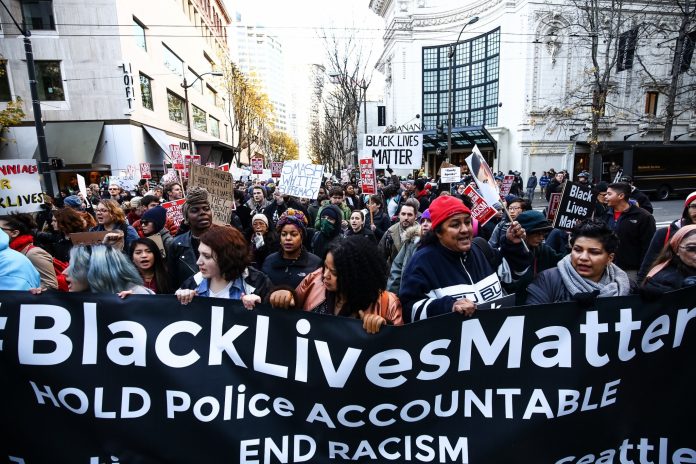 We live in America at a time replete with social and political strife. But what else was to be expected once Donald Trump was elected to office. His life here to fore, and his campaign and its rhetoric were filled with decadence, immorality, racism and prejudice. He surrounded himself with people if not guilty of the same; they were forgiving of these characteristics of his. You get the leadership you deserve. Now Americans are pouting that they didn’t expect to be led down these Trump trails, and some of us are fighting back.
Social/protest movements are the mark of American democracy as historical evidence and freedoms documented in our Constitution. One might say that the Boston Tea Party and the Revolutionary War were two of our first protest movements. And through the ages, Americans have continued to voice their right to disagree with societal wrongs perpetrated by individuals, groups, institutions and/or government.
We are indeed again in an age of movements as so much is happening that goes against the very fiber of what this country stands for; and people are standing in protest to say, “No more!”
Listed below are some of the recent movements, new and revived. We can pray for their success and join them in “our” causes.
Sanctuary Cities Movement: The concept of sanctuary cities is deeply embedded in Western tradition. Societally sanctioned refuge is proving as powerful a concern for Americans today as it was in ancient times as Mr. Trump seeks to expand the deportations of undocumented immigrants. Today’s version of the movement has risen and escalated as cities declare themselves sanctuaries for undocumented immigrants, and as the Trump administration steps up deportations. Whereas before the issue was more so how to bring unauthorized immigrants into the United States, it is now how to keep millions already here from being tossed out.
Fight for 15: They fight for a $15 minimum wage and believe that no one who is employed full-time should have to struggle to meet their basic needs. They advocate for everyone to have a living wage. Led by fast-food employees demanding a life above the poverty line, the movement also includes childcare providers, educators, and workers from many other industries.
The Fair Immigration Reform Movement (FIRM) is a nationwide coalition of immigrant rights organizations that push for compassionate immigration laws. The core values of FIRM include more accessible paths to citizenship, addressing the root causes of migration, and ending the mass incarceration of immigrants.
#Takeaknee aka U.S. National Anthem Protest: A silent protest against police brutality and racial inequality perpetrated on people of color. #Takeaknee started individually by quarterback, Colin Kaepernick, who said, “I am not going stand up to show pride in a flag for a country that oppresses black people.” He was later joined by other members of the NFL, who kneel during the national anthem when played at football games.
#BlackLivesMatter: is an international social justice movement that campaigns against violence, and institutionalized and systemic racism against African Americans and people of color. Their platform: Black humanity and dignity requires black political will and power. In response to the sustained and increasingly visible violence against Black communities in the U.S. and globally, a collective of more than 50 organizations representing thousands of Black people from across the country have come together with renewed energy and purpose to articulate a common vision and agenda. We are a collective that centers and is rooted in Black communities, but we recognize we have a shared struggle with all oppressed people; collective liberation will be a product of all of our work.
#MeToo Movement: Begun 10 years ago as a way to reach sexual assault survivors in underprivileged areas. #Me Too has recently gained increased notoriety in the US in the wake of the revelation of the widespread systemic sexual harassment and abuse allegations against prominent men in entertainment, media and political sectors.
“Say Their Names (Out Loud)” Movement is a multimedia project, started by husband and wife team, Marc Bayard and Nicole Lee, which offers a forum for the narratives of families who have encountered state violence. It aims to offer a view of the lives of victims of police brutality. Additionally, calling out the names of victims of police murders keeps this criminal phenomenon in the forefront of the public’s minds less they should forget. Thus, those like Trayvon Martin, Michael Brown, Sandra Bland, Tamir Rice, and Freddie Gray, to name a very few, should not have died in vain.
#NeverAgain Movement: Started by students nationwide in reaction to mass shootings in schools and slow action by government to implement gun control laws. They have already had national school walkouts. Next is a March on Washington DC “for our lives”, scheduled for March 24th.