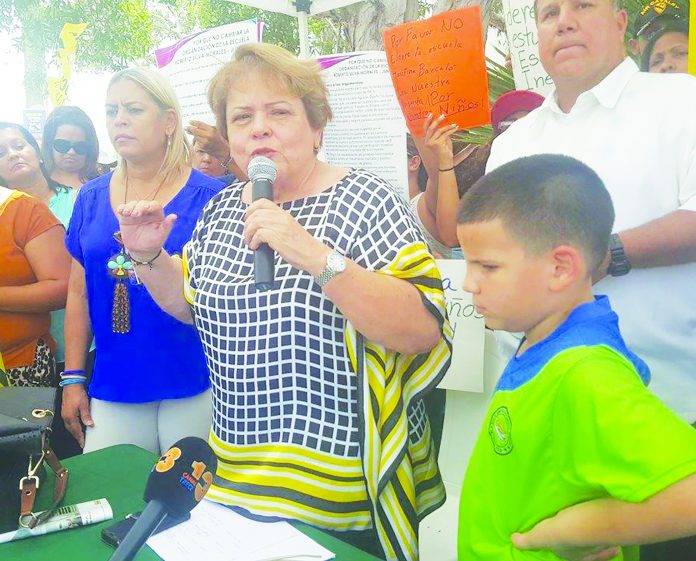 Teachers, education activists, and parents have denounced Puerto Rico’s recent announcement of shuttering nearly 283 public schools, which make up for a third of the public schools in the U.S. colony.

The Puerto Rico Teachers Association (Asociación de Maestros de Puerto Rico), the largest teachers’ union on the island, denounced the announcement made by Puerto Rico’s Education Department. “The harm that the education secretary is causing children and their parents is immeasurable,” Aida Diaz, president of the union, said.

“We are on the side of all the school communities, and together we’ll go to battle to avoid these discriminatory and unjust school closures.”

Haydee Del Valle, a parent of a 12-year-old who attends one of the schools slated for closure, told NBC News, “This makes me sad because this is a great school.”

“I don’t even know where the schools they’re being located to are,” she added.

“We know it’s a difficult and painful process,” said Education Secretary Julia Keleher, a charter school proponent, according to Common Dreams website. “Our children deserve the best education that we are capable of giving them taking into account Puerto Rico’s fiscal reality.”

But Union leader Diaz had some tough words for Keleher saying: “No one in their right mind acts the way she’s acting,” referring to Keleher. “This unjustified school closure responds to her exclusive work forwarding an agenda in favor of private companies that she will enrich by turning over our children’s public education funds to them.”

In the lawsuit, the teachers union stated it was unconstitutional to use public funds or property for private schools.

“To say charters are public schools when they are going to be administered, directed and controlled by private hands is clearly an illegal and unconstitutional contradiction,” Diaz said in a statement. Starting 2019, Puerto Rico is expected to close some 300 schools, per The Washington Post.