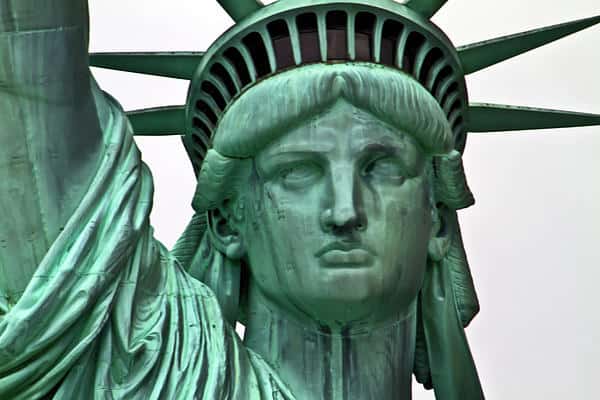 By Chandani A. Qayyum Mitchell

In the Name of the Almighty Creator, the King of all kings, the Ruler of all rulers and the Creator of this nation and the world.

In our world today, Muslim communities are facing turbulent times, wherein we are often attacked, humiliated, and ignored. Therefore, as American Muslims, we must become more diligently involved in American politics.

Politics has always been important in Islam. For example, during his Caliphate, H. Abu Bakr (may Allah be pleased with him) created a government based on consultation. In the past, Islamic dynasties and countries had governments whose rulings were based on Holy Quran and the Sunnah of our Holy Last Messenger (peace and blessings be upon him). Politics has been in existence for hundreds of years. However, in the United States politics have become corrupted, Islamophobia and attacks on Muslims are encouraged, while the victims of Islamophobia are ignored. Therefore, it is critical for Muslims to participate in politics for the betterment of the community. Such participation can be done in four ways:

In regards to local political organizations, Muslims should work with those whose ideals coincide with the ideals of American Muslims and who will advocate for the rights of all humanity, including Muslims. Some of these organizations are the U.S. Council of Muslim Organizations, The Council of American – Islamic Relations (CAIR), and The Muslim Public Affairs Council (MPAC). These groups offer a platform that will voice our opinions and beliefs, as well as allow us to reach out to the public and educate them about the truth of Islam and the truth of the political crises of today. Supporting such organizations places them in a better position to influence the political process.

A second way we can participate in politics is by supporting candidates that share our beliefs, who are trustworthy, and who offer the potential to bring the most benefit to our communities. Two such candidates are Deadra Abboud and Taharah A. Wadud, who are both currently running for Congress. Unfortunately, Muslim candidates are also feeling the impact of Islamophobia. According to Al Jazeera, “70 % of Americans” say that they would not vote for a Muslim candidate. Recently the Islamic Post published an article describing the attacks on candidate T. A. Wadud. By supporting candidates who are knowledgeable and care about the injustices faced by American Muslims, more doors of opportunity will open for them and others.

The next simple, yet highly effective step that American Muslims can take in order to participate in politics, is by voting. Voting is a privilege many people take for granted, while there is a grave history of minority groups being deprived of this privilege. There is a reason why this was done, as there is power in voting, and it is a power that must not be underestimated. Our votes have the opportunity to positively influence outcomes, so that the American society can benefit rather than be harmed by the results. However, this cannot happen if Muslims do not vote.

The most effective step that American Muslims can take to participate in American politics, is to run for office. It is crucial that Muslims run for office because no one understands the struggles of a Muslim better than those who face the struggles themselves. This, of course, is easier said than done. But the Holy Last Messenger (peace and blessings be upon him) said, “The best of men is the one from whom the people get the most benefit.” By running for office we can be a benefit to other American Muslims and the country. Perhaps with more Muslims in elected offices, Muslims would not have to succumb to unjust regulations that are pushed upon us.

American Muslims need to participate in politics by supporting organizations and candidates that will advocate for us, by voting, and by running for office. These steps are important because politics will impact our future and the future of our children. Become more involved in politics. The future needs you.