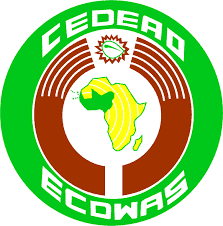 The APO Group on behalf of United Nations (UN) distributed the following Joint Statement of the African Union and the United Nations on Guinea-Bissau:
The Chairperson of the African Union Commission, Moussa Faki Mahamat, and the Secretary-General of the United Nations, António Guterres, express concern over the protracted political crisis in Guinea-Bissau despite the multiple opportunities offered to the main political stakeholders to arrive at a consensual arrangement. They denounce the actions being taken by those who seek to obstruct and prevent a resolution of the crisis.
They condemn the recent actions taken by the national authorities to prevent the African Party for the Independence of Guinea and Cabo Verde, PAIGC, from convening and holding its Party Congress, including the directive given to national security services to evacuate and shutter the party’s headquarters. They call on all relevant authorities to strictly adhere to international human rights and humanitarian law and to immediately remove all restrictions on the right to peaceful assembly, political participation and freedom of speech.
The Chairperson of the African Union Commission and the Secretary-General of the United Nations fully endorse the recent decisions on Guinea-Bissau taken by the Authority of Heads of State and Government of the Economic Community of West African States, ECOWAS, on the margins of the African Union Summit in Addis Ababa, Ethiopia, on 27 January, and endorsed by the 30th Ordinary Session of the Assembly of Heads of State and Government of the African Union on 29 January 2018, and welcome the communiqué issued by the ECOWAS ministerial mission that visited Guinea-Bissau on 31 January and 1 February. They support the measures being taken by ECOWAS against “political obstructionists” in the country. They reiterate their endorsement of the centrality of the Conakry Agreement which, inter alia, provides for the appointment of a consensual Prime Minister, and call on the main political stakeholders to faithfully and urgently implement this Agreement, as well as the ECOWAS Roadmap to which they have all signed up.
The Chairperson of the African Union Commission and the Secretary-General of the United Nations reaffirm their commitment to continue to closely follow all political developments and to support ECOWAS in its efforts to ensure a swift resolution of the protracted crisis in Guinea-Bissau, and stand ready to employ additional measures, should the situation warrant it.
ECOWAS issues sanctions over Guinea-Bissau political crisis
According to cnbcafrica the West African regional bloc ECOWAS hit 20 Guinea-Bissau politicians and businessmen with sanctions, including travel bans and asset freezes, on Tuesday, accusing them of undermining efforts to resolve a prolonged political crisis.
The decision followed the nomination by President Jose Mario Vaz of Augusto Antonio Artur da Silva to the post of prime minister late last month, in violation of a 2016 ECOWAS-brokered deal.
Among those targeted by the sanctions were members of Vaz’s parliamentary faction as well has his son, Emerson Goudiaby Vaz.
“The Conakry Accord has not been implemented and as a consequence it is appropriate to apply sanctions to those falling short,” the bloc said in a statement.
For over two years, Vaz has been embroiled in a bitter dispute within his own ruling African Party of the Independence of Guinea and Cape Verde (PAIGC) that has hobbled the government.
The impasse has sparked regular protest marches and raised fears of instability that diplomats fear could be exploited by drug traffickers, who have long used the turbulent nation as a transit point for shipments between South America and Europe.
Under the ECOWAS deal aimed at ending the impasse, Vaz had been meant to name a prime minister agreed in consensus with the rival faction, which is headed by former prime minister Domingos Simoes Pereira.
But Pereira’s supporters have rejected Silva’s nomination.