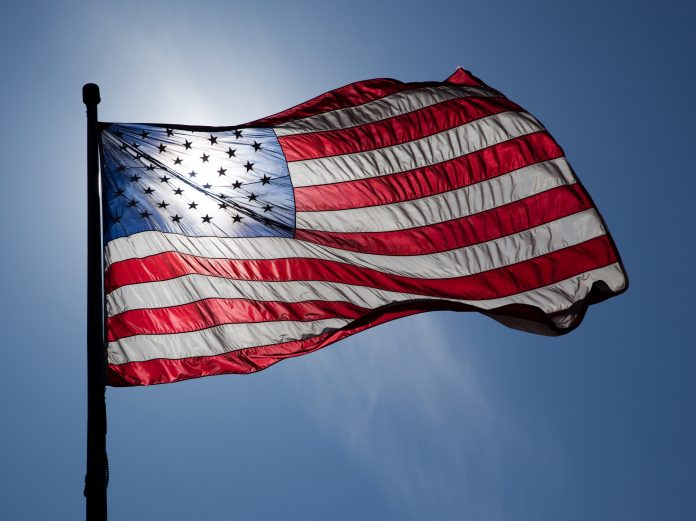 Americans as a whole have lost their way from the path that their forefathers had put them upon when they penned the “laws” of this land. Their intent was to setup a haven for the lost and homeless to rediscover God and humanity. The ideals the “patriots” of old fought to build as a melting pot has evolved into theology(s) of misguided nationalism.

David Niose in his article for Psychology Today, “Is American Patriotism Getting Out of Hand?” wrote, “Patriotism shouldn’t be hostile, divisive and uninformed… It’s [patriotism] been called the last refuge of scoundrels. It is undeniably linked to “us-against-them” tribal impulses, rooted in emotion and often impervious to reason. It feeds nationalism and militarism, making it a potentially dangerous phenomenon in a world of modern weaponry. Yet patriotism—outward, vocal, and enthusiastic patriotism—is still considered a vital element in American politics, an aspect of our culture that we not only tolerate but encourage.”
The tribal patriotism of Americans caused those groups like KKK, neo-Nazis, other white supremacist groups, and Trumpets think that America is theirs and theirs alone. They have co-opted patriotism and replaced it with nationalistic rhetoric that excludes all others who don’t look, sound or think like them. Nationalism is a blind belief that one’s nation or cultural heritage is superior to others, which leads to racism, discrimination and prejudice. Often the two terms are used interchangeably, but it’s important to know real patriotism. Nationalists believe that people who don’t believe in the superiority of a nation or culture are somehow lesser.
Patriotic values and rhetoric is commonly manipulated to question others’ commitment and love for their country in a way that’s actually more akin to nationalism. How patriotic you are is not determined by how you accept/reject propaganda as truth. Patriots can love their country without blindly following the popular majority (Trump base).
No nation is without the burden of errors. That is why America’s definition of patriotism is in jeopardy. America has a history of prejudice and racism, which still influences its culture today. Knowing this, researching this, and understanding this doesn’t make you less patriotic.
In a land settled by immigrants of multiple cultures, ethnicities and races, etc., limiting your patriotic identity to exclude others, with dress, bumper stickers, flags, and other displays is senseless and divisive. Displays are the cheapest form of patriotism. However, there are displays and symbols that are anti-patriotic by the nature of their historic representation of hatred and destruction; for example confederate flags and nazi swastikas.
Donald Trump and his Republican Party cohorts have created an American patriotism that would be unrecognizable by our forefathers. It is as if it’s an exclusive club of very limited membership. Today’s political leadership governs with little to no concern for the global majority of us. Many defined as Trump’s base are deceived by their rhetoric of inclusion as they turn their backs on the needy, less fortunate and minorities of this country. They label their racism, discrimination and prejudice as “patriotism”. To them, one who protests racism on bended knee is not a patriot; one who worships in a mosque or synagogue can not be an American patriot.
Lawrence W. Reed is president of the Foundation for Economic Education and author, writes, ”People in every country and in all times have expressed feelings of something we flippantly call ‘patriotism,’ but that just begs the question. What is this thing, anyway? Can it be so cheap and meaningless that a few gestures and feelings make you patriotic?”
The learned and astute will ascribe as Reed does, to a patriotism rooted in patriotic ideals that gave birth to a land as a nation. Reed wrote, “I’m a patriotic American because I revere the ideas that motivated the Founders and compelled them, in many instances, to put their lives, fortunes, and sacred honor on the line.” American ideas documented in the Declaration of Independence that all men are created equal. They are endowed not by government but by their Creator with certain unalienable rights and foremost among those rights are life, liberty, and the pursuit of happiness.
This is the Constitution of the United States of America upheld by its patriotic citizens and government; a government that must preserve our peace and liberties as we the people employ them to do so. To rid ourselves of a government that becomes destructive against these patriotic goals, are the rights of a free people. Keywords: free, freedom; for which many have come to these shores as well as those of us born here seeking freedom to be the best American patriots.
Reed further writes, “Call it freedom. Call it liberty. Call it whatever you want, but it’s the bedrock on which this nation was founded and from which we stray at our peril. It’s what has defined us as Americans. It’s what almost everyone who has ever lived on this planet has yearned for. It makes life worth living, which means it’s worth fighting and dying for.”
Will the real American patriots, please stand up?