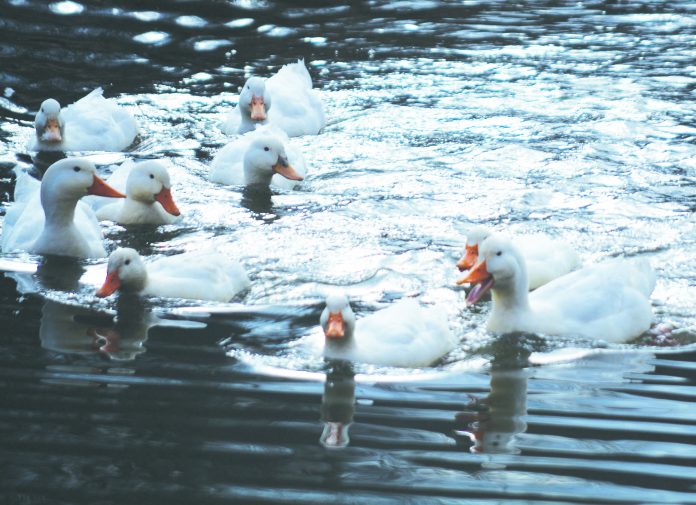 The establishment of Islamic villages in the United States is a touchy subject. Far and away, American Muslims who choose to live in private Islamic communities are viewed as disassociating themselves from mainstream society and looked upon with suspicion. Individuals who are unfamiliar with fundamental Islamic principles and tenets, and who are influenced by misleading Islamophobic propaganda are alarmed at the very thought. Many consider Muslims’ desire or need to embrace communal living to indicate rejection of American values and ideals. However, not contrary to American traditions, communal living is historically very American, as well as an American example of the expression of religious freedom guaranteed by the Constitution.

At the advent of Islam, Muslims migrated to find a home where they could practice openly and without persecution. It is a tradition that continued throughout Islamic history and of which Allah in Holy Qur’an mandated obligatory under certain circumstances. To make Hijra (emigrate) from places where sin and anti-social activity takes place openly is incumbent on Muslims. This command is made clear in the Holy Qur’an in Sura Nisa’a, line 97: “Those whose souls are taken out by angels while they were wronging themselves, the angels say to them: “In what condition were you?” They say: “We were weak in the land”. They (The Angels) say: “Was not Allah’s earth spacious so that you might have immigrated in it?” Then the abode of such people is Hell, which is the worst place to return.”

Holy Qur’an instructs Muslims that they cannot live in a place where sin and haram (impermissible acts) are committed around them while they do nothing to enjoin righteousness and forbid evil. Without this, their only alternative is to remove themselves from the haram circumstances.

A Muslim is required to perform prayer and other worship in a clean environment. Cleanliness is not limited to proper housekeeping, but encompasses outside surroundings, physical and spiritual. A place where decadent behavior, lewdness, crime, unseemly indulgences and un-Islamic practices occur is not a “pure” environment and nullifies a Muslim’s worship.

Another requirement under Islamic practice is to have access to pure water in order to perform the ritual ablution (Wudhu) properly. A proper ablution is a prerequisite for worship. Many U.S. towns and cities pump recycled wastewater into private dwellings. Wudhu made with recycled wastewater is invalid. The lack of access to pure water poses a severe problem for American Muslims, whose prayers are nullified if performed with an invalid Wudhu. Drilled wells and natural waterways located on rural properties are best and halal (permissible) for drinking, ablution, and even purifying clothes. Another advantage in establishing Islamic villages is the self-sufficient lifestyle that can be maintained, where organic and non-GMO food can be grown and harvested, and livestock raised. There is growing concern amongst Americans, in general, about the poisons contained in the foods that are sold and have been indicated as the causes of many diseases.

For these very reasons, The Muslims of America, Inc. (TMOA) became trailblazers in making Hijra (relocating) from the inner cities and other areas where the Islamic way of life could not be practiced properly. TMOA established such communities throughout the U.S. so that its congregation could gain a better understanding of Islam and its beneficial lifestyle. TMOA enjoins other Muslim individuals and groups to follow the examples of the devotees of the Holy Last Messenger (pbuh) and form Islamic villages in order to practice their religion, live a purified lifestyle, and become self-sufficient.

Now more than ever, when hate crimes and attacks against American Muslims are on the rise, and we are even being targeted by our government’s administration, residing in Islamic villages is one of the most tranquil and safest places to be in the Almighty Creator’s spacious earth.