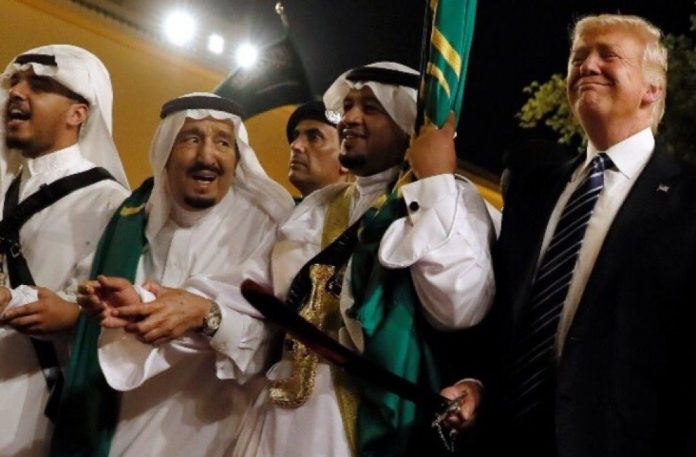 “I think Islam hates us…There is a tremendous hatred, and we have to be very vigilant; we have to be very careful. And we can’t allow people coming into this country who have this hatred of the United States.” -Donald Trump, March 10, 2016, via CNN.

The American people have become very insecure, and although Muslims are and have been living side by side, in peace with everyone else, non-Muslims are increasingly unable to distinguish friend from foe. All over the world, Muslims remain under attack due to this same fear brought about by the ideological falsehood of East vs. West.
ISIS, al Qaeda, Taliban, etc., were created to fuel a clash of civilizations. The Islamic Post has reported for many years that 9/11 was not committed even by people with Muslim names, that Saudis could not have evaded NORAD- and what everyone knows – that Building 7 of the World Trade Center collapsed by explosives – like the other buildings, except it was never hit by a plane.
Moreover, the Saudis had nothing to gain from 9/11, except perhaps for one thing – the demonization of Muslims.
Saudi Zionists
Researcher David Livingstone published a report in 2015 that draws from numerous sources, including a 2002 Iraqi intelligence report, “The Emergence of Wahhabism and its Historical Roots” that alleges the Saud family and the founder of Wahhabism are both descended from Zionist Jewish background – the term Zionist in this sense referring to those who plot to destroy Islam and Muslims, and the term Jewish being literal.
If this is the case, it’s no surprise then that the Saudis never seriously protested about being blamed for the horror of 9/11 during the entire 2000 presidential campaign, and that they even gave a “hero’s welcome,” as coined by David Levitz of the Daily Intelligencer, to their slanderer, President Trump. Not surprising at all, as Saudis and Zionists carry the same covert agenda of killing Muslims wholesale, while also blaming Muslims as villains.
There is no doubt that the $305 billion Mr. Trump pledged over the next decade to Saudi Arabia will continue to be used to kill Muslims in Yemen and any Muslim – period – who disagrees with the Saudi brand of religion, Wahhabism. It will also reinforce the ISIS/Zionist destruction of Muslim lives and the attempt to crush the peaceful honor of Islam by killing non-Muslims as well.
Yet, the Will of the Almighty be done! Islam has already died in Saudi Arabia, Pakistan, and even Afghanistan; however, we are very honored to say this truth: Islam has risen, lives and thrives throughout the West, ‘however much the deniers may detest it’!
By Noora Ahmad