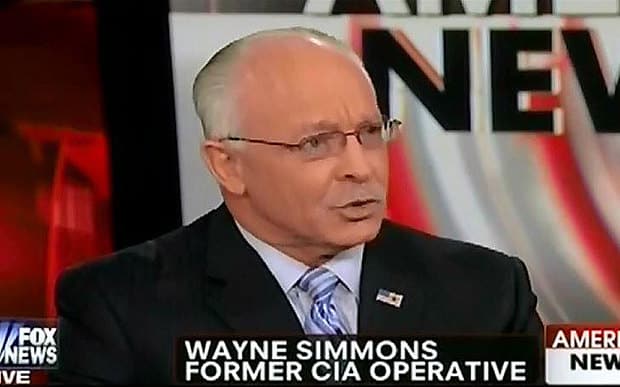 Fox News is known in the American and global Muslim communities for its adversarial propaganda against Islam. Fox has for years paraded a stream of so-called experts who ex­pound ideologies promoting Islamophobia and creating a community of anti-Islam terror­ists worldwide.

Some Americans, unfortu­nately, tend to believe the “ex­perts” toted over the airwaves, until the light of truth exposes the darkness of falsehood and deception.

One such exposure oc­curred this month when Wayne Simmons, 62, a recurring guest on Fox News who claimed to have had 27 years experience with the CIA, was arrested after being indicted by a federal grand jury on charges that he lied about his service. He is ac­cused of falsely claiming that he worked as an “outside paramili­tary special operations officer” for the CIA from 1973 to 2000. On Fox, this was often shortened to “former CIA operative.” Simmons, 62, of Annapolis, Maryland, was also indicted for using that false claim to obtain government security clearances and a military contractor assign­ment in which he advised senior military personnel overseas. U.S. Magistrate Judge Ivan Davis stated that Simmon’s was a “significant threat to the com­munity.” Judge Davis pointed to Simmon’s 11 arrests for drunk driving and an arrest for a 2007 assault and firearms convictions as reasons to deny bail. Sim­mons could face up to 35 years in prison if convicted on charges of major fraud against the United States, wire fraud, and making false statements to the government.

Simmons is a familiar face to Fox News viewers, though after his arrest was announced, Fox News spokesperson Irena Briganti told CNN that he “was never a contributor for Fox News,” and that he appeared on the network only as a non-paid guest. She therefore, declined to comment further. However, the politically astute find this a senseless denial. While it is un­known how often Simmons has appeared on television over the years, Fox’s web site lists dozens of appearances and quotes, usu­ally calling him a former CIA “operative,” “analyst” or “of­ficer.”

What Fox and Simmons, among others, have done, is to cause the targeting (by alleged “Christian” home-grown ter­rorists like Robert Doggart) and promoting of the agenda of the American Taliban (hateful per­petrators of ‘media terrorism’ against Islam and Muslims) vicious Islamophobic ideology, and fabrications about terror­ist training camps across the U.S. The false reports are being perceived as true by Americans dependant on the mainstream media for news and current events. This particular lie is now championed by ignorant politi­cians.

Simmons’ indictment is a red flag for every television net­work that relies on the input of analysts based on their supposed credentials. In his appearances on Fox, Simmons regularly made extreme and factually dubious statements pertaining to terrorism and national security. Just this January, he claimed there were “at least 19 paramili­tary Muslim training facilities” in the United States.

The negative effects of his behaviour far surpass fraud. He should be charged with conspiracy to incite murder of American children, women, and men. So-called patriots were galvanized into action by Simmons’ false claims and Fox News’ eagerness to promote lies, hatred, and unverifiable infor­mation. These actions make Fox News culpable and complicit in crimes against America and its citizens.

Justice will not be served until the U.S. Attorney’s Office prosecutes Simmons to the full­est extent of the law and brings charges against Fox News and other broadcasters who use frauds like Simmons and others for intentionally misleading the public and creating an at­mosphere for civil unrest in an effort to encourage violence against Muslims in America and in general.

For now, exposing Wayne Simmons as a liar and fraud, along with public knowledge that Fox News provided a con­tinuous platform for his blatant lies is a win for Americans committed to truth, freedom and justice for all.