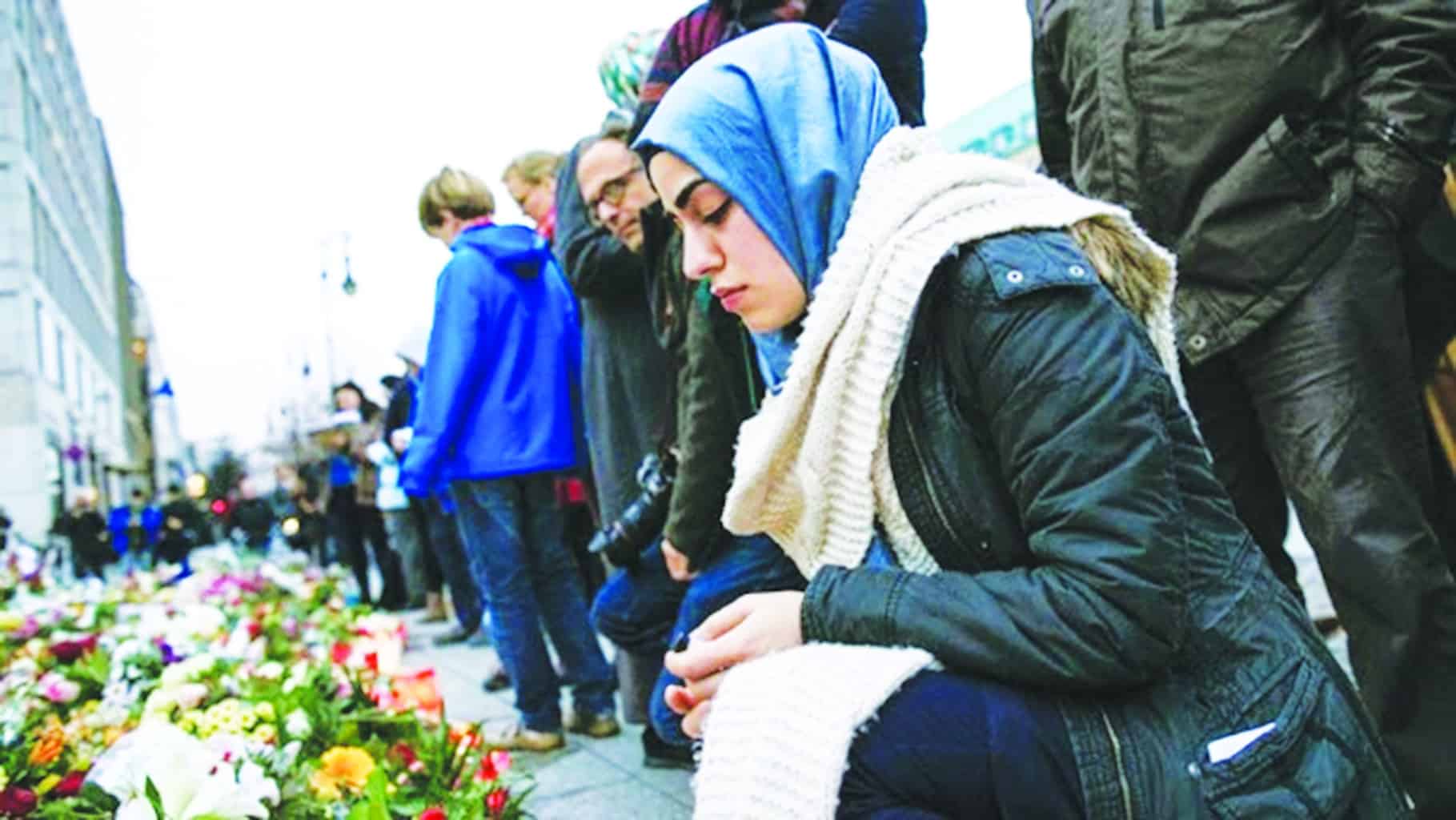 It is with heartfelt sorrow that this newspaper must report that ISIS has once again cut short the lives of innocents by committing heinous terrorists attacks.  ISIS claimed responsibility for suicide bombings in Beirut, Lebanon on November 12th and in Paris, France on November 13th according to purported statements by ISIS posted on social media. The multiple blasts caused nearly 200 fatalities and wounded hundreds.  The death toll may rise as a result of the critical condition of some of the wounded.  CNN reported that “a would-be suicide bomber who survived the Beirut terrorist attack told investigators he was an ISIS recruit” according to a Lebanese security source. The suicide blasts, which attacked two locations in Beirut and six in Paris, have spawned the condemnation of world leaders from around the world. Unfortunately, they have also caused a rippling effect of negativity, divisiveness and violent repercussions directed towards Muslims.  This is, in fact, the overall purpose behind ISIS — to hijack Islam and give it a bad name with the goal to organize the world governments together and wage a global war against Muslims.

ISIS is the brainchild of Israel. It is not a Muslim organization and the members of the so-called Islamic State are not Muslims. ISIS even attempts to appropriate the Kalimah (Muslim attestation of faith) and the seal of the Holy Last Messenger (peace be upon him) by placing both on flags prominently displayed throughout their propaganda. Their claim to the Khilafaat is an egregious falsehood.  Authentic Muslims know and believe that life is sacred and would never shed the blood of thousands of men, women and children in an effort to establish Khalifah.  In fact, we have a clear example by the first and second Khalifahs of Islam, Hazrat Abu Bakr and Hazrat Umar (May Almighty Allah bless them) respectively.  Without shedding one drop of blood they were declared Khalifahs by common consensus from among the people. Hazrat Abu Bakr and Hazrat Umar (peace be upon them) were leaders of Islam and protectors of humanity, qualities that ISIS does not possess. The lacking of these qualities is due to their origin.

This deceptive Israeli-backed group specializes in the killing of Muslims and is obsessively intent on establishing the Kingdom of David One World Order.  No member of humanity is safe from this nefarious conspiracy.  The fight against ISIS is ongoing and the Islamic Post remains committed to exposing the truth about ISIS, their activities and the people behind the name. Previous editions of this paper published photographs of ISIS using highly sophisticated weapons that were made in Israel.  Due to the complex nature of their existence, it is essential that a well-prepared and orchestrated plan be devised to annihilate ISIS cancer that cannot be cut out from the body of humanity by one government.  ISIS terrorists, masquerading as Muslims, must be stopped by a united Muslim-Christian Coalition that is representative of all countries.  This coalition will have to devise a strategy to contain and subsequently eradicate them.  Meanwhile, the global hate campaigns against Muslims must end.  Overwhelmingly, Muslims are peaceful members of their communities leading normal lives.  Such tactics will encourage law-abiding citizens to act adversely due to a natural desire to feel safe and protected.  However, Muslim citizens throughout North America and Europe should not become victims of ISIS’ evil and treachery.  The Imam of The Muslims of America, Inc. (TMOA), Sheikh Syed Mubarik Ali Shah Gilani, along with the members of TMOA and the staff and students of the International Qur’anic Open University (IQOU) will continue to condemn ISIS and have pledged to give complete cooperation to the cause of ridding mankind of the ISIS cancer.  All peace-loving individuals should follow suit.